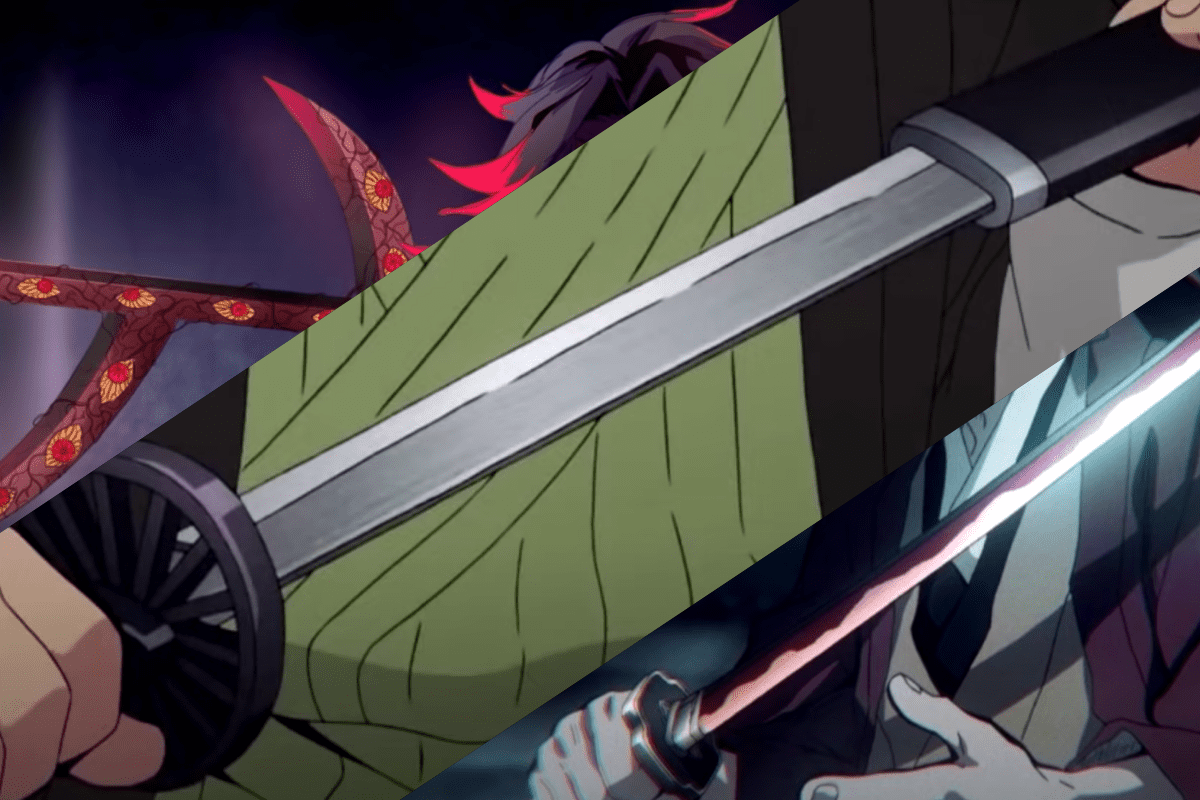 Nichirin Blades have a particular hue when their owner initially draws them, so they are sometimes known as “The Color Changing Swords” in some circles. On the other hand, the holder must possess a specific level of expertise, or the blade will remain in its original hue.

Nichirin Blades take on a particular color when they are initially drawn by their possessor, causing each blade one-of-a-kind. Blades are available in various hues, and it is believed that each color has a distinct set of qualities that are unique to that particular color.

So, here’s every blade color in Demon Slayer, in case you were wondering. Allow us to continue in this state for the time being and theorize about what these blade colors could represent.

White represents mist and is the color of the first blade. Muichiro Tokito, a Hashira and the Mist Pillar of the Demon Slayer Corps, is the demon slayer who carries a white Nichirin Blade.

As a result of this, he has a peaceful demeanor and is frequently observed lost in his thoughts. He uses white to reflect his skill, absent-mindedness, and quirky nature, which is a fitting representation.

Muichiro tends to be a bit of a loose cannon, often immersed in his own thinking and unable to concentrate on a single duty. Some aspect of his nature makes him a natural fit for the Breath of Mist style and the white Nichirin Blade, yet it’s hard to put your finger on it.

The color grey, which represents stone.  Gyomei Himejima, the Stone Pillar, carries a grey-colored hand-ax with a spiky flail linked to the hilt by a lengthy chain, in contrast to the conventional Nichirin swords wielded by the other members of the Corps.

Sanemi Shinazugawa of the Demon Slayer Corps wields a green Nichirin Blade, representing the wind and the element of wind. Sanemi brings the Demons tumbling down because of his burning grudge against them as if by the wrath of a raging wind.

While Sanemi’s breath style is raucous and cyclonic, he is just as violent and destructive, releasing tornadoes of blade strikes on the demons who had the misfortune to come up against him.

The color pink, which is related to love. Mitsuri Kanroji, a member of the Hashira who performs the Breath of Love technique, wields this particular hue of the blade.

One of the most intriguing things regarding her Breath of Love style would be that she designed it herself, and she is the only one who can wear it because of her body’s particular constitution. She is flexible and quick (she is the most agile of the Pillars), but she also possesses supernatural power as a result of having muscles that are eight times more thick than usual. She does it without sacrificing any speed in the process.

Zenitsu Agatsuma carries a yellow Nichirin blade, which represents thunder.  His use of the Breath of the Thunder method, along with his exhilarating nature, makes this hue an excellent choice for him to represent him.

With this one-of-a-kind breathing method, adapted from the Breath of Wind method, he can perceive touch with more accuracy.

Flowers are represented with a light pink sword. It is held by both Kanae Kocho and her sister Kanao Tsuyurii, both of Japanese descent.

Her fighting style often relies on quickness and reflexes, allowing her to have a relatively minor presence in combat. There are seven different variations of the Breath of Flowers style, with the last variation being a style that makes the rest of the world seem sluggish. The color light-pink has been assigned to the swords as a result of their skill and personalities.

Water is represented by the color blue. This blade is in the hands of Giyu Tomioka, the Demon Slayer Corps’ Pillar of Water. Because of his usage of the Water Breath technique and his flowing and tranquil nature, blue is an excellent choice for the color of his blade.

Tomioka’s fighting technique is highly similar to that of water. The demons are dispatched in a flurry of smooth, almost easy motions thanks to his fluid movements. The Father Spider Demon and Rui, a Lower Moon Five demon, were both killed in a single fluid move by him, and he did so with one fluid movement in each slaughter.

Kyojuro Rengoku wields a crimson Nichirin blade, which represents the element of fire. With its brightly blazing flames, the Flame Pillar has a tremendous charm and is frequently pleasantly quirky. As someone who holds firm to principles, his enthusiasm for demon fighting is as ferociously hot as the flames of Hell itself.

Similar to Zenitsu’s blade, the hue of Kyojuro’s blade took the shape of a distinct pattern. The red hue of his sword is represented by a flame pattern that runs the length of his blade and looks fantastic when used in combination with his Breath of Flames style, which is also red.

Many fan theories are floating around the internet that speculate on the significance of the black blade. According to one hypothesis, Tanjiro’s sword became black as an analog to charcoal, connecting to Tanjiro’s previous employment selling charcoal.

Here is the chart, as well as some of the colors that were not previously mentioned:

What Materials Are Used to Make the Swords, and What Is Their Purpose?

The swords that Tanjiro and his demon-slaying companions wield all appear to be of exceptional quality, and this is since they are not simply regular swords that have had something extraordinary done to them. As a matter of fact, these “Nichirin Blades” are created under unique conditions right from the beginning of their construction.

Have All Sword Colors Been Found?

Minor color variations have previously been observed in the series, such as gray vs. indigo-gray, pink versus light pink, and amber versus yellow. However, given that most of the primary blade colors have already been identified, it is probable that it will be some time or a severe circumstance before a new color is found.

Nichirin Blades vary in color based on who uses them, creating each blade distinct from the others. They are obtainable in a variety of hues.

Zenitsu Agatsuma’s blade is distinctive in that the color does not appear as a solid band but rather as a lightning theme that runs the length of the blade instead of a whole band. It is not known what caused this patterning to appear.

According to legend, each hue imparts specific characteristics to the sword. The attributes of black Nichirin Blades are not widely known, leading some people to believe that they are a terrible omen, indicating that the Demon Slayer will not get far in his quest.