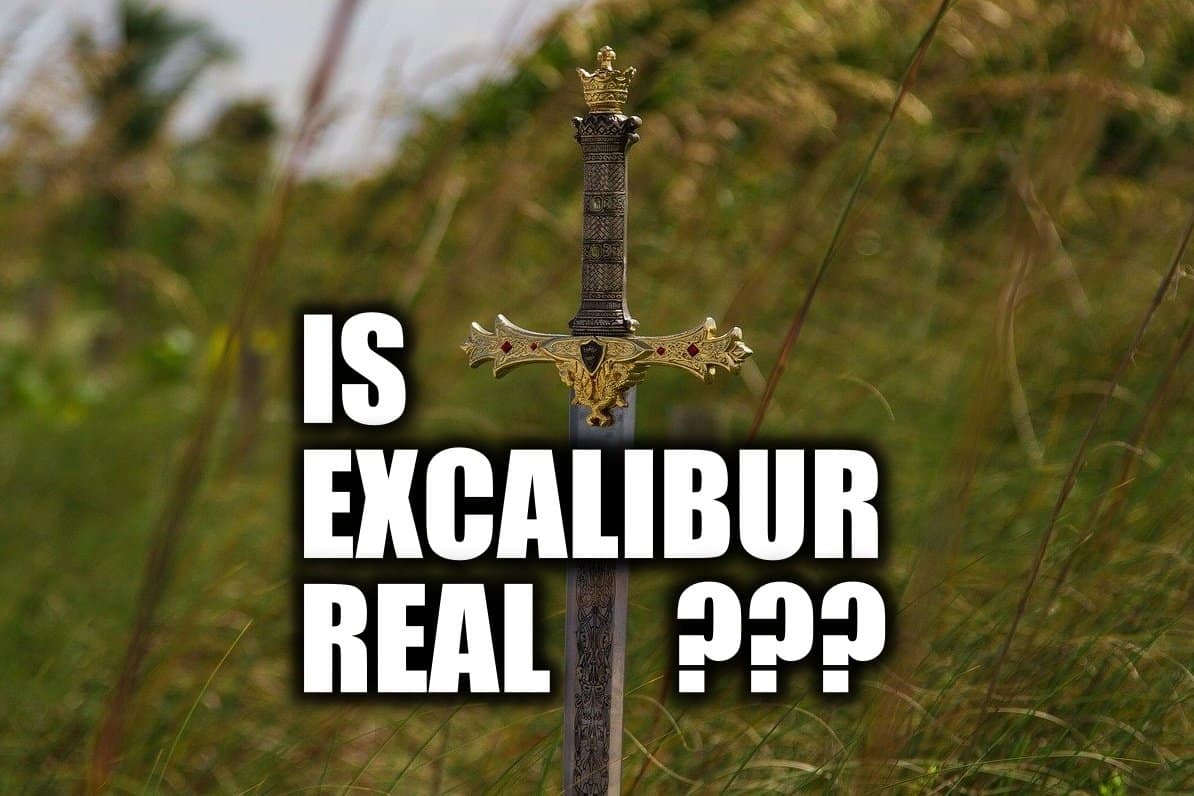 On the whole, most scholars believe that the Arthurian legend is largely fictional, although many elements (including characters) may have some basis in fact.

For many years, historians and scholars have debated the historical validity of the Arthurian legend.

Was there ever a King Arthur? Was Excalibur real? Where did the story come from?

Excalibur is a fictional sword, that comes from medieval legends. There is no proof that King Arthur, Camelot, and Excalibur ever existed.

In recent decades, more interest has been shown in the study of Arthurian legend. Today, there are entire books dedicated to analyzing the stories of King Arthur and his knights.

There are even films, television shows, and video games based on the Arthurian legend.

The Legend of King Arthur: a Prophecy?

In the early medieval period, the country of Britain was made up of four distinct kingdoms: East Anglia, Northumbria, Mercia, and Wessex. All four were ruled by different individuals at different times.

But by the 10th century CE, these four countries were united under one ruler by the name Æthelstan (the first king of England). It is believed to be in the year 929 CE (10th century CE) but the exact date and circumstances of the unification of Britain is unknown.

The earliest written reference to a single king of all of Britain comes from Gildas, who wrote about the state of Britain in the 7th century CE. Gildas referred to the new unified kingdom as “regnum totius Britanniae” – “the rule of all of Britain”.

Gildas’ was a strong critic against the incumbent British kings during his time due to moral and political issues. What he was referring to as “the rule of all of Britain” could very well be taken out of context as he was probably expressing his desire to have someone who would rule Britain one day the way it should have been.

Coincidentally, his idea was incarnated after several centuries in the person of Æthelstan, a very pious king and was known for founding churches and collecting relics.

Excalibur in the Arthurian Legend

A number of historians believe that the historical figure known as Arthur could be the same individual as Æthelstan. If true, this would mean that the Arthurian legend was created over several centuries.

What’s more, it would suggest that Arthurian characters and themes were introduced into the legend gradually. Arthurian legends are full of magical swords, mysterious artifacts, and powerful sorcerers.

But what is the origin of these elements of the legend?

The most commonly accepted theory is that the sword Excalibur is a composite character. In other words, the sword itself has many different sources.

The earliest written reference to Excalibur appears in the 12th century CE French prose work Le Roman de la rose, in which the sword is described as “a marvelous and precious blade”. The name Excalibur is first mentioned in the 12th-century Welsh poem Culhwch ac Olwen. In this early version of the story, the sword is called Caliburn.

Now, there’s the issue of when the event actually happened. Gildas wrote about the state of Britain in the 6th century CE. But there are reasons to believe that his account refers to a later unification than the one recorded in history books. First, Gildas refers to Britain as being divided into four parts.

This suggests that the kingdoms were united at some point in the past. Second, Gildas describes the current situation as:

“homo videtur esse per totam Britanniam divisus” – “it seems that he is seen throughout all of Britain”.

Is Excalibur a Myth?

In addition, there is evidence that the tale of Excalibur was influenced by an early Celtic legend about a magical sword.

In fact, soon after its composition, the story of Excalibur was believed to evolve from the Welsh Mabinogion. This version of the legend has several similarities to the Arthurian story.

For example, it tells of a magical sword that can only be drawn by the rightful owner. And when the sword is drawn from its sheath, it causes great destruction.

Forever indebted to the Lady of the Lake for her gift of Excalibur, Arthur may have had a real-life counterpart – a king who united a fractured Britain after the Romans left.

But there’s no evidence that he was ever actually alive. In fact, some historians believe that the Arthurian legend was created by medieval writers as a way of legitimizing the rule of the kings of England.

The question of whether or not King Arthur really existed has little bearing on the validity of the Excalibur brand. The sword itself is what’s important.

The Excalibur brand stands for strength, courage, and honor – ideals that are timeless and universal.

Has Excalibur Been Really Found?

News surrounding a sword resembling that of Excalibur has been making rounds in the past couple of years. The sword, which was found at the bottom of a river in Bosnia, was stuck in a rock, and was peddled to be Excalibur because of the impeccable similarity (except probably for the iron oxide!).

You can check The Sun’s article here!!

However, archaeologists who examined the sword concluded that the sword was nothing special, had it been Excalibur they would not have been able to pull it out.

The circumstances as to how it got stuck in the rock are still being investigated.

A recent literature review found that “the vast majority of scholars agree that Arthur did not exist as a historical figure.” The authors of the study also concluded that the King Arthur mythology “is purely fictional”.

Moreover, there is no evidence that Arthur actually existed; he is a legendary character from the late Roman and early medieval periods. His supposed reign as king of the Britons lasted from around the 6th century until the time of his death in 537 CE.

There were other “kings” who reigned during this period, but they were more likely rulers of small territories. Some historians also believe that the name “Arthur” was originally used to refer to a group of Celtic or British kings, rather than one specific individual.

There is no historical evidence to support the existence of King Arthur.

The story of King Arthur and the Knights of the Round Table is a myth of an ancient and noble king and his knights. It’s a myth of a reign that was noble and heroic but ultimately falls from grace.

How does it end? This book reveals the truth about that and many other mysteries and secrets of the Round Table and its knights.

It is a story of love, treachery and death; of good and evil; and of all the emotions, passions, and desires that make us human.