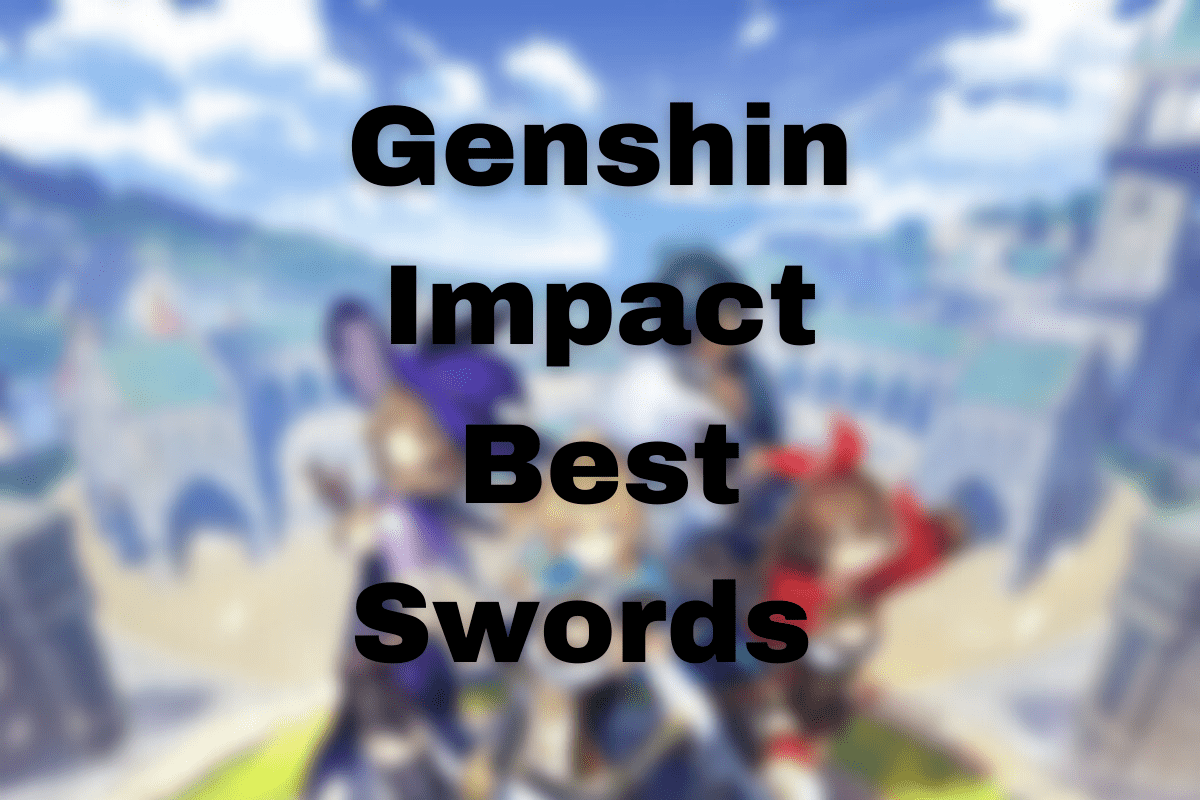 You may be one of the many fascinated and entertained by watching Genshin Impact. Though just established in 2020, this role-playing action game has been one of the most well-played games by many. Most gamers are into this type of game as it features anime-style open-world environments, and this game is based on an action-based battle system. This game hooks many.

In this battle game; out of the highlighted weapon in this game are swords. Sacrificial Sword,  The Black Sword,  the Aquila Favonia, Summit Shaper, and Primordial Jade Cutter. These words come with different features and purposes to equip your favorite characters.

This article will share the top 5 Impact Genshin Best Swords that you need to know when playing the game. This article will also help you understand how to acquire and get them. To learn more details, check the pieces of information that I have gathered below.

This sword is meant for support, so you need not expect much help since it is not for attacking. Though this is not based on attack, this sword is of high Energy Recharge as a sub-state and passive effect. What makes this sword worth it can support the characters. There are some great options where you can pair this sword. You can indeed pair this sword with other weapons like Xingqiu and Bennet.

The base attack of The Sacrificial Sword is 454. The sub-stat of this sword is 63.3 percent of energy recharged. This sword comes in a passive effect wherein after dealing with the damage to its opponent with an Elemental SKill; the skill then has the forty percent chance to end its CD. This can occur once every thirty seconds.

The great thing about The Sacrificial Sword is that it comes with high energy recharge and offers to keep you scamming your Burst. Due to its passive effect, you may use your elemental skill that translates to a quick recharge for your support’s Burst. You may be able to get the Sacrificial Sword from any of the available banners.

Unlike other weapons, The Black Sword offers a lot of styles. You don’t need too much luck to get this one. Using this sword, you can purchase any two editions of the battle pass available in every new version. Once you can reach a certain level, you may be allowed to choose any weapon it offers, and the Black Sword is one of them.

The black sword is one weapon meant to be used with your DPS characters. This sword comes with a decent base attack and a valuable CRIT. This weapon comes with a 510 base attack. It has a sub stat of 27.6percent CRIT Rate. It comes with a passive effect, the increase in DMG. It is dealt with by Normal and Charge Attacks by twenty percent. Moreover, it regenerates sixty percent of ATK as HP when regular and charge attacks score a CRIT hit. This effect may occur once every five seconds.

Black Sword is great because it offers a pretty valuable CRIT Rate. This rate helps you in focusing on your CRIT damaged on your artifacts. This sword comes son a passive effect that will make you deal more with the standard and charge attacks. Moreover, incomes with HP regenerate when scoring a CRIT Hit with any of those two attacks. You may obtain this sword by picking it up from the Battle Pass.

The Aquila Favonia is a sword that is best for DPS characters if, in any case, you want to focus on Physical DMG, which includes Keching or even Jean. It comes with an excellent base attack and a physical DMG percent bonus on its sub-stat. Also, it comes with an exciting and beneficial passive effect.

The Aquila Favonia comes with a 674 base attack. It has a sub-stat that has 41. Three percent physical DMG Bonus. It comes with a Passive effect called Falcon’s Defiance. Its ATK increased by twenty percent. It triggers when taking DMG. The soul of the Falcon of the West is awakened. Holding the banner of the resistant aloft and regenerating equal to 100 percent of the ATK and dealing with two hundred percent of ATK as DMG surrounds the opponents. The effect of this may occur once every fifteen seconds.

What makes Aquila Favonia a great sword is that it could be easily one of the good choices by many characters. This sword is best if you would like to deal with a lot of physical damage, mainly DPS characters like Kerhing, Jean, Kaeya, or even the Traveler. The advantage also comes with its passive effect and life when you get hit. This sword ensures that your DPS won’t need a healer often. You may obtain this sword from the Weapon banner of the Permanent Characters and Weapon Banner, the blue wishes.

In playing Genshin Impact, there are so many words that you can equip your character with. Sword is basically one of the most important weapons you can use in Genshim Impacts since it is one of the five valuable weapons. You can choose the best sword that is suited for your character. Before using one, you should know how to use it, its capacity, and its advantages when you try to use them.