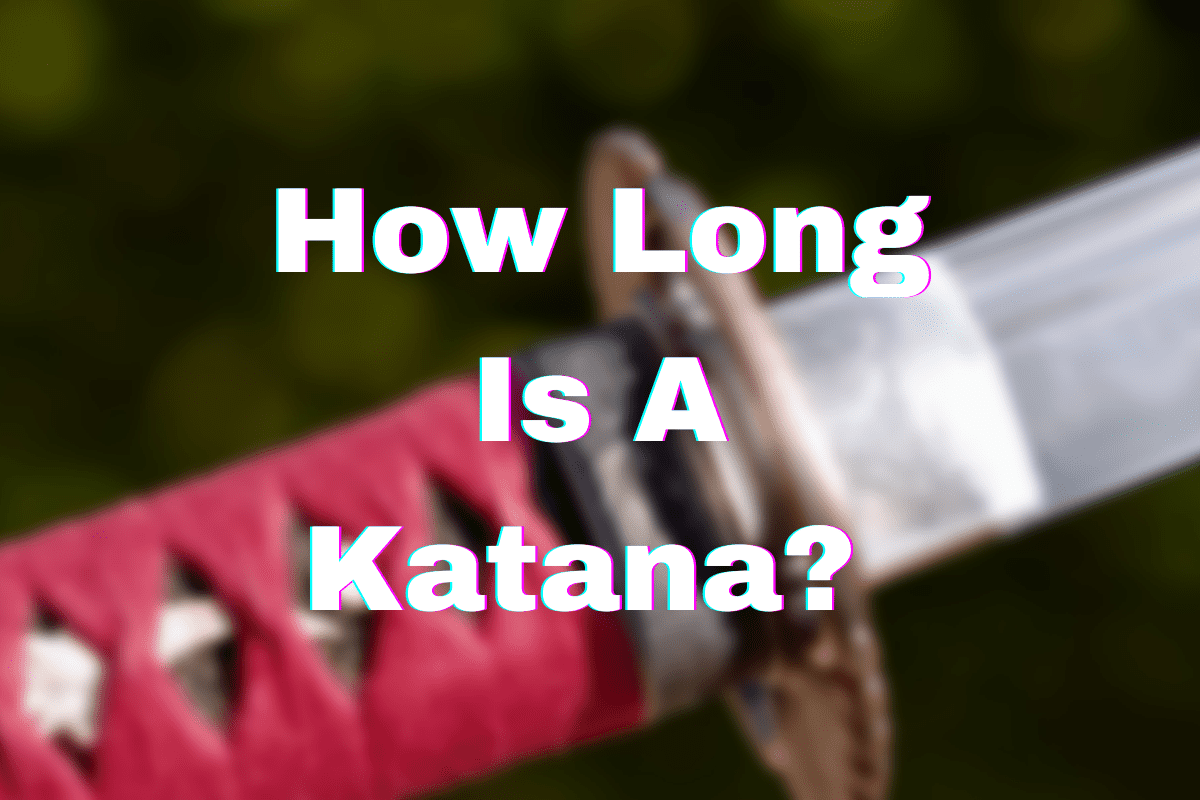 “In this world, it is said: ‘One inch gives the hand advantage.’ But these are the idle words of one who does not know the strategy. It shows the inferior strategy of a weak spirit that men should be dependent on the length of their sword: fighting from a distance without the benefit of strategy.” — Miyamoto Musashi

From Kurosawa’s Seven Samurai and Yojimbo to Yamada’s Hidden Blade and Twilight Samurai, including video games, manga, and anime, we all get a glimpse of the different weapons the samurai used. However, none is more iconic and more popular than the katana.

Katanas are impressive blades whose origins date back to the legendary warrior-vassals known as the samurai. These weapons are renowned for their unique design, which enables their wielder to sever limbs, necks, and torsos in a single masterful strike. They measure up to 2 shaku or 61 centimetres (23.9 inches). A skilled samurai can wield the katana with both hands, thanks to a lengthy hilt or tsuka that stretches up to 20 centimetres.

Historically, the katana is more than just a weapon for the samurai. It is both a symbol of social status, rank, and nobility. Most of all, the katana symbolizes the samurai’s pride and honor, starting from birth until death. This is primarily the reason why this blade has enamored a lot of sword collectors, not to mention historians and samurai enthusiasts.

The shaku, along with its other standard units of measurement, the sun (1/10th of a shaku) and the bu (1/10th of sun or 1/100th of a shaku) was predominantly used up until the Meiji Era. However, albeit outdated, this system is still alive today among scholars and historians who refer to this method when measuring historical bladed weapons of post-samurai Japan.

Technically, any sword, regardless of length and design, is considered a katana. That’s because the katana is the standard term for the word ‘sword,’ while the katana that we know which the samurai wielded in battle is officially termed as the uchi-gatana.

In feudal Japan, the swords were determined by the length of their blades. The table below presents the different types of swords or knives present in feudal Japan, including their length (in shaku) and type of blade. The words tanto, shoto, and daito directly translate to the short blade, short sword, and long sword, respectively.

Apart from the katana, the samurai used different bladed weapons when going into battle. Basically, these swords are also called katanas. However, unlike the katana associated with Japan’s elite warrior class, these weapons are distinguishable by their length. The length of the blade is an important aspect of a sword because it dictates how these weapons should be used.

Of the myriad of blades present used in feudal Japan, we would be mentioning six popular swords or knives the samurai have used either in battle or duel. These are the tanto, kodachi, wakizashi, katana, tachi, and nodachi.

As a blade with a length of 1 shaku or less, the tanto is a dagger that can also be used as a knife. Because it has a straight edge, the tanto is designed for piercing and stabbing. However, since this weapon, which can either be single-edged or double-edged, is so razor-sharp that it can also be used for slashing and cutting. Because of its length, the samurai also preferred the tanto as a secondary weapon, alongside their primary blade, the katana.

With an average length that ranged between 30 and 60 centimetres (12 and 24 inches), the wakizashi served as an ancillary blade for the samurai. For this reason, this blade was the secondary weapon of Japan’s elite warrior class. Similar to the kodachi, the wakizashi was an ideal sword for close-quarters combat. It was also used like the blade of choice when someone chooses to commit seppuku or the act of disemboweling oneself to preserve one’s honor after defeating in battle.

During the Tokugawa Era, the samurai were allowed to carry another sword other than the katana. This sword had to be shorter so it had to be lighter, so as not to encumber the individual. In this case, that would be the tanto and the wakizashi. Between these two short swords,  the samurai preferred the  wakizashi over the other.

There were different varieties of short swords back then, and the wakizashi was just one of several short swords the samurai used or carried. Among which are the ko katana, chisu-katana, and the yoroi toshi, to name a few.

Unlike the wakizashi, the kodachi was considered as a primary sword in feudal Japan even though it was significantly shorter than the katana. That’s because according to their law, the samurai were permitted to carry two swords. The kodachi has a blade length that averages 60 centimetres (24 inches), which is well below 2 shaku. Nevertheless, this short sword is comparably longer than the wakizashi. For that reason, the samurai can decide between bringing a katana or a kodachi, along with the wakizashi, when assigned on a particular matter.

The film Twilight Samurai showed how the kodachi performs well in close-quarter fighting as compared to the katana. In the movie, there was a scene in which the protagonist was at a losing end because he brought a sword shorter than his opponent’s. However, before the enemy could deliver a final blow, his katana got caught in an obstacle, enabling the protagonist to stab him with his kodachi.

Of all the bladed weapons used in feudal Japan, none is more popular than the katana. The katana has a set of distinct characteristics which sets it apart from the other swords. The katana is a single-edged blade and either has a round- or square-shaped tsuba or guard. Its curved edge was strategically designed to slash at an opponent more effectively.

As compared to a straight-edged sword, the curved sharp edge of a katana flows smoothly along the material being cut, preventing snags as a result. Also, the katana is easier to draw from its scabbard, enabling the samurai to defend themselves immediately during a surprise attack.

Generally, a katana is longer than both the wakizashi and kodachi, but shorter than a tachi or nodachi by a considerable degree and can be wielded by two hands. For that matter, the length of a katana can start from 60 to 80 centimetres (23.62 to 31.5 inches). Meanwhile, its tsuka has a length of 20 to 30 centimetres (7.9 to 11.9 inches).

Before the samurai settled for the katana, they first used the tachi. The curvature on this blade is more pronounced than the katana and it is longer. The length of a tachi averages between 70 to 80 centimetres (27.56 to 31.5 inches). Because of these features, the horse-mounted samurai preferred this weapon for its efficiency against footsoldiers.

As the battles evolved from horseback to close-range combat on the ground, the katana gradually gained popularity, eventually overthrowing the tachi shortly after. Nevertheless, the samurai did not ditch this long sword. Instead, the tachi became a ceremonial blade often worn by prominent, top-level samurai.

Similar to the tachi, the nodachi was an extremely long sword that is ideal for fighting in open fields or for taking down mounted warriors. The odachi is another variant of the nodachi.

As difficult as it was to wield, the nodachi was also a challenge to produce because of its length. Bladesmiths would require different and complicated techniques when applying heat treatment and quenching processes. When polishing, a swordsman would have to place the sword on the floor and grate the polishing stone against the beveled surface of the blade.

The length of the katana can be quite confusing since the term refers to any sword used by or associated with feudal Japan’s elite warrior, the samurai. To avoid confusing the correct measurement of the katana with the other blades, remember that the length of a katana may start from 2 to 3 shaku (60 to 80 centimetres or 23.62 to 31.5 inches). Moreover, the length of a katana’s tsuka averages from 20 to 30 centimetres (7.9 to 11.9 inches) or 1 shaku.