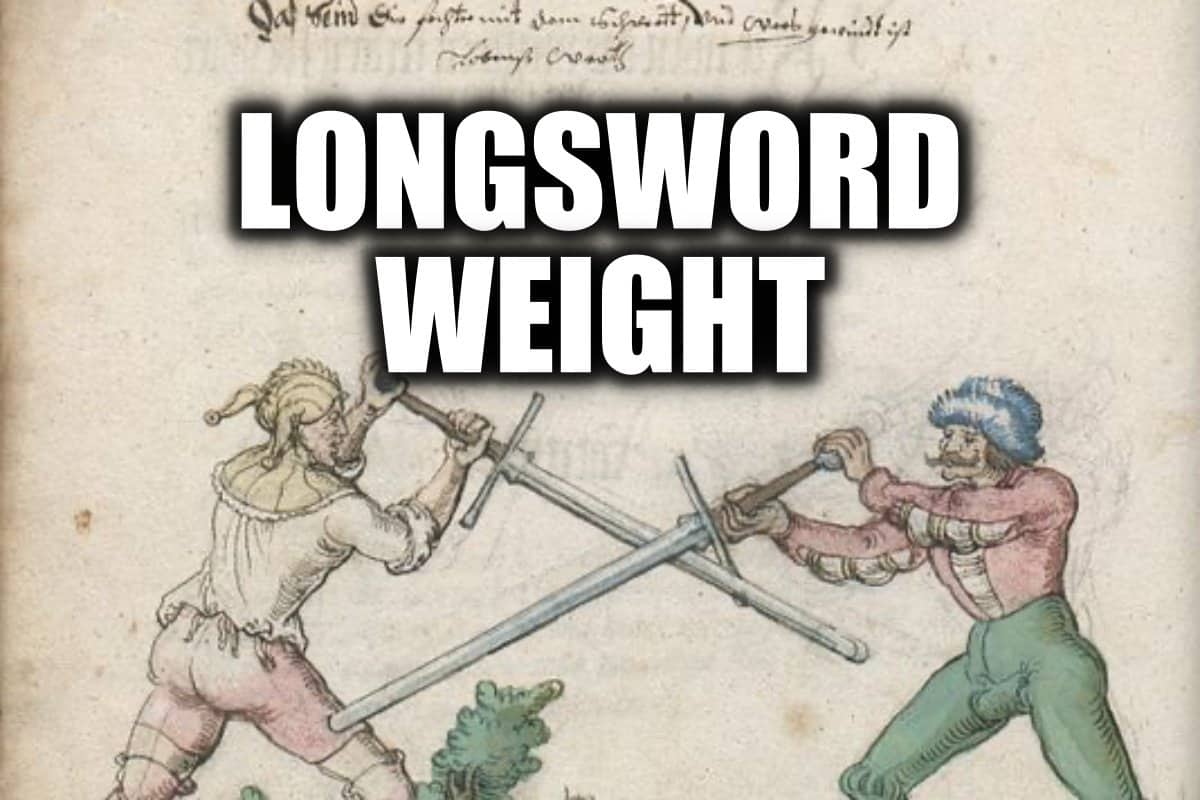 If there is one sword that identifies the medieval era, it’s no less than the longsword. Cruciform hilts characterize the longswords (around 6 to 11 inches long) and they have a blade length that ranges from 33 to 43 inches.

A longsword is defined by its unusually long hilt. These swords were designed for use with two hands. Where a typical longsword may have a blade of around 43 inches, the hilt is often ergonomic enough for two-handed handling. The hilt of a longsword is often quite large and provides a greater surface area for gripping.

That is the general outline of what makes up the longsword.

However, there are dozens of different longswords in use today, each with their own unique characteristics. Its characteristics are a straight, double-edged blade, with a two-handed cruciform hilt. The longsword was also popular among the late medieval commanders, as it suited both the increased armor worn by knights, and the developments in tactics that involved close-quarters fighting.

Longswords remained in use as a military weapon during the period from about 1350 to 1550. Throughout the late medieval period, it was used only by fully-armored knights on foot or on horseback.

Longswords have evolved quite a bit since the 16th century, with modern blades now being characterized by their light weight (averaging 0.75 pounds), narrow profile, and ability to be used both one-handed and two-handed.

At 1.5 kilos., longswords are basically manageable by anyone.

Even at 2.5 kilos, it is still convenient for someone weighing 150 lbs. to wield a longsword.

Longswords tend to have a fairly even distribution of weight, with a slight tendency to have more weight towards the blade.

If you hold one, you’ll notice it feeling a bit like a barbell — although much more complicated — with a balance point anywhere near between the hilt and the fuller.

You can test the weight of your sword by holding it horizontally and letting go. If it feels like a barbell, then your sword is probably balanced correctly. But if it feels like it wants to fly off your arm, you probably want to add weight to the blade.

Again, this is something that only you can know if you actually try it. So I recommend getting a sense of how your sword feels when held horizontally before trying to balance it.

That said: balancing a longsword is tricky.

How Much Does an Iron Longsword Weigh?

Regardless what type of metal is used, longswords weigh between 1 to 1.5 kilos on average. Even though they can be lighter or heavier depending on the quality of the metal used to make the blade, this is the average weight of a longsword.

I think the best question to ask is: why is a longsword heavy?

Longswords are heavy because they’re designed to be swung around and struck against an opponent. Which means they need a lot of weight behind the blade.

Moreover, longer blades have a deeper center of gravity which makes them more difficult to control when being swung around. In addition, larger guards (the area of the sword that touches your opponent) mean more weight. A longsword’s elaborate pommel also adds to the overall weight of the sword.

And then there’s the issue of strength.

It takes significant upper body strength to swing a sword around. Not to mention the fact that your hands tend to get pretty sweaty when swinging a sword around in battle. In short: it’s not easy to wield a longsword.

And then there’s the issue of leverage.

Unlike a straight sword, where you can swing the blade back and forth with equal force applied to the tip, a longsword puts all of the force at the base of the blade. This is why most longsword cuts are made with the hand slightly higher than the shoulder.

And it’s also why you see lots of people holding their swords with the point down. This reduces the force vector applied to your hand. In short: a longsword is hard to control and hard to hit with.

Accordingly, it’s not uncommon to see high-level combatants using them in combat. Longswords are best used for hacking and slashing and they excel at cutting through armor. The one downside of a longsword is that you need to keep your guard up at all times.

This means you can’t use a longsword as a stabbing weapon. You also can’t use your longsword to thrust against a shield. Alternatively, you need to attack your opponent’s unguarded body parts. Another issue with longswords is that they tend to get stuck in armor.

The longsword is one of the most difficult fencing weapons to master. It takes years to develop the necessary muscle memory to execute powerful thrusts and slices with this sword type.

But a longsword is a sword that can be wielded in a variety of ways. The proper grip and pace make the difference between a masterful strike and a clumsy movement.

It’s a sword that can be used in a variety of ways, from a thrusting sport to a cutting sport.

With the right amount of practice, however, using this weapon becomes second nature. Early versions of longswords, which are known as knightly swords, are among the most difficult weapons to master.