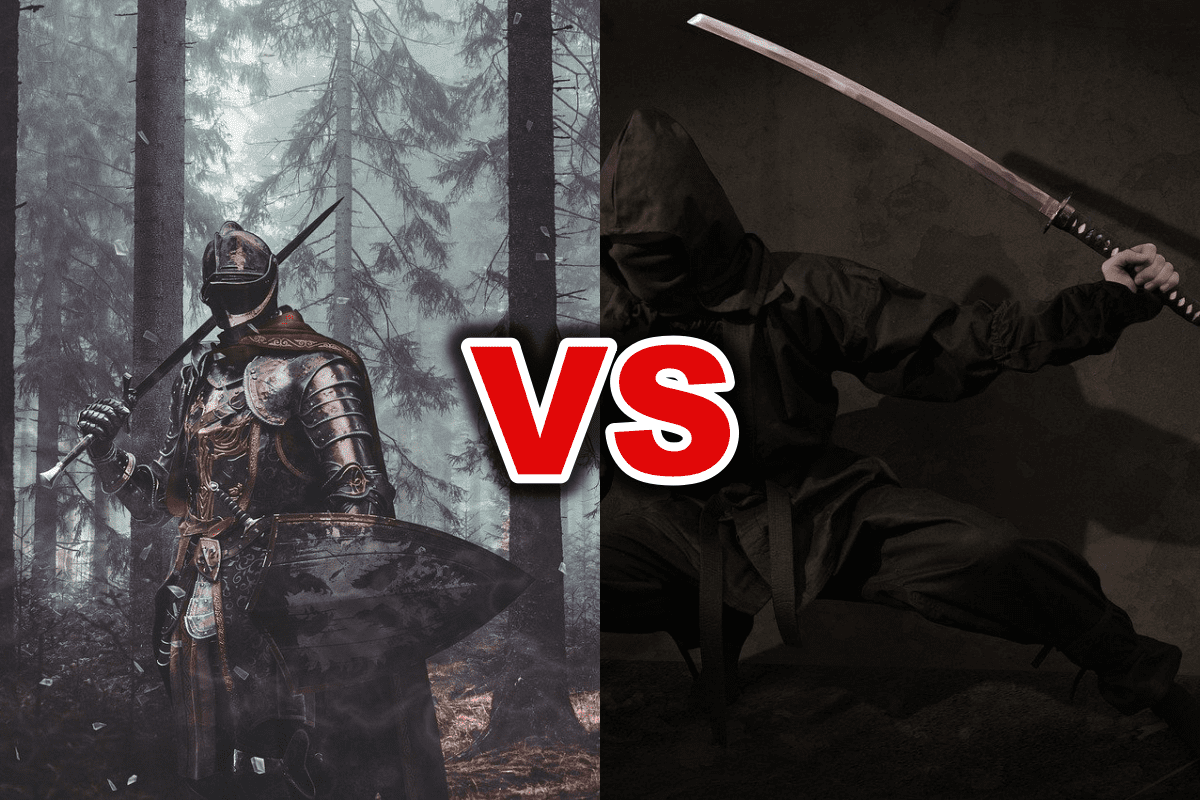 One of the most distinctive swords in history is the Japanese katana and the European longsword. The European longsword was designed to be used by both foot soldiers and cavalry. The katana was designed to be used by the samurai only. The katana originated in Japan during the Heian period, approximately the 9th century CE. It was used as a military weapon until the end of the Edo period, in 1868.

On the other hand, the 14th century saw the emergence of the longsword in Europe as a military steel weapon. It was a weapon that anyone could easily identify with during the period of about 1350 to 1550 because of its intimidating blade length.

The longsword is one of the most popular weapons in the Medieval period. In addition to being a dangerous weapon, it is an excellent means of improving your hand-eye coordination. The longsword is the most commonly depicted sword style in movies and fiction. Aside from its imposing blade length, the straight double-edged blade is what distinguishes it from other swords.

The longsword has a longer grip to allow for two-handed use, as well as a longer blade. It’s believed that the sword was initially used by knights for close-quarters hand-to-hand combat and to cut through plate armors. It weighed up to four pounds and was a standard medieval variant. As far as power and speed are concerned, the added weight was definitely a plus, but the trade-off for increased performance meant that the sword became harder to maneuver.

On the other hand, the katana is a traditional, single-edged, curved Japanese sword with origins dating back to the Japanese feudal era.

The first step involves quenching the sword from a high temperature (above 1000° C.) to a coolant and then a second step where the material is heated again to the original temperature and allowed to cool. The second step is the actual hardening step. The second step of heating and cooling is done slowly to avoid cracking and other problems.

The katana has a curved blade, which distinguishes it from the longsword. The katana is a better all-around weapon than the longsword, which is designed to destroy and deal massive damage against an armored knight.

It’s hard to know for sure why the katana became so popular among Japanese warriors. Perhaps the shift towards close-combat warfare helped, or maybe it was just their preference for the more powerful weapons at their disposal. The best sword-wielders of Japan are the Samurai. They had an advantage over their opponents because the katana allowed them to draw their swords faster than any other swords made from the previous generations of blades.

Positively identified with the Samurai, the katanas have been used in a variety of roles throughout Japan’s rich history. The samurai sword, or katana, was originally designed for use by mounted warriors, but it later evolved into a weapon that could be wielded on foot.

In contrast to the katana, the European longsword was designed for use primarily on foot. This type of sword became popular during the middle ages as European armies adopted a more mobile battlefield strategy.

The katana is not just a single sword design; it is actually a family of swords that have different sizes and shapes.

When comparing a katana to a longsword, I was able to learn something new about these two weapons. Each one has its own characteristics. The longsword is heavier and has more stopping power than the katana. Although the longsword is more powerful and has greater damage potential, it is also more difficult to hold, and thus maneuverability can be an issue. The katana is more graceful and flowing than the longsword, and is easier and has a more pleasing movement and feel.

The longsword’s only advantage is its reach. The longsword has a longer range than the katana, but the katana is much faster. The longsword is big and clunky, and is hard to use in close quarters. However the katana is the exact opposite. It’s small and nimble, and can be used to perform quick and deadly combos. The katana requires a bit of finesse to use effectively, but with experience it can be a formidable weapon.

The katana has more range, speed, and cuts more easily. The katana is also more versatile, able to be used in more situations, while the longsword is only good for one thing. The longsword was mainly used for slicing and cutting. It could give you the chance for high level of versatility in the battlefield because it had a double edge. The longsword is reliable, though, and you can be sure that it is solid in your hands. You know this sword will be able to cut through anything you want, and you know it is very durable.

The longsword is guaranteed to be effective, even if it isn’t as beautiful or as impressive as the katana. The katana is perfect, beautiful, and very effective. It is just as good as the longsword, but it is also much more dangerous to use in the hands of the uninitiated.