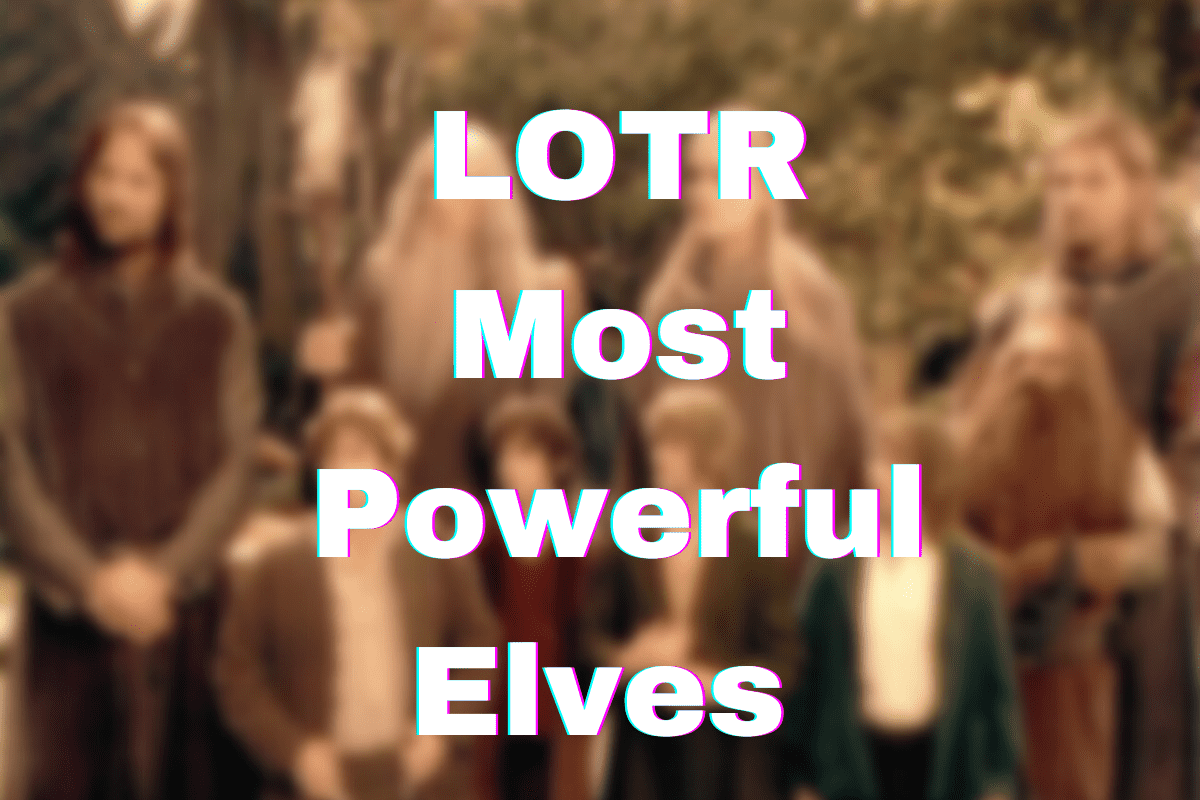 The Lord of The Rings is one of the best movies highly watched by many. It is so exciting and a great movie because it is still famous and many keep watching it repeatedly. If you are a fan, you may encounter many elves as you watch the movie. These elves are of diverse characteristics, skills, and power.

The most powerful elves in the Lord of the Rings are Galadriel, Fingolfin, Elrond, Lúthien, Fëanor, Eärendil, Tauriel, and Glorfindel. These elves are of great powers and skills that make them included in the rank of powerful elves. As you watch the movies, you can see how they have shown their powers and strength.

More questions may come to your mind regarding the most powerful Lord of the Rings elves. I have searched and provided details that will answer your questions. Read them more below.

Galadriel was the most potent Noldor, despite being wiser than her brother Fanor. Her intelligence bestowed upon her the capacity to see through Sauron’s disguise when he appeared before the Elves in another form, allowing her to see through his deception.

Her noble and courageous deeds extend beyond supporting the Fellowship in their quest to destroy the Ring and bring down Sauron’s citadel of Dol Guldur. In addition, she rejected the One Ring’s seduction to become enslaved by it. Galadriel wielded such enormous power stemmed from his position as keeper of Nenya, the Water Ring. Lórien’s Ring provided her with protection against attackers. “All will love me and despair!” she cries, referring to the potential power she could wield if she were to wear the One Ring. “All will love me and despair!”

Fingolfin and his half-brother Fanor are forced to journey to Middle-earth rather than out of their own free will. Several engagements, including the Dagor Aglareb, see him leading his warriors to triumph; nevertheless, the Battle of Sudden Flame is far too deadly for the Noldor to survive.

At this point, Fingolfin is charging toward the Angband Gates, and Morgoth has been summoned to fight him. The Dark Lord accepts the mission, apprehensive but determined to avoid appearing weak in front of his followers. Fingolfin is killed in the battle, but his noble sacrifice causes Morgoth to be tortured for eternity due to his actions.

When you require an elf of the caliber of Elrond, look no further. After Aragorn’s father’s death, Elrond took him in and raised him as if he were his son as a result. As a result, he convened the Council of Elrond, which brought together people from all over Middle-earth to help decide what would happen to The One Ring. It is not unexpected that he is regarded as a wise leader, both among his people and beyond his community.

In addition to being a man of high integrity, Aragorn demonstrated himself to be an excellent warrior during the first confrontation with Sauron. As a result of possessing Vilya (the Ring of Air), he has a diverse set of skills, including the capacity to heal and maintain.

Incomprehensibly powerful is Luthien Tinviel, the daughter of a Maia and an Elf who has inherited her mother’s and father’s powers. Additionally, she is referred to as “the most beautiful of all the children of Ilvatar” due to her earth-shattering victory over evil, which is in addition to her exquisite appearance. With the assistance of Orom’s hound Huan, Luthien humiliates Sauron and forces him to flee from her presence.

She then dances Morgoth into oblivion, allowing Beren to take possession of the villain’s Iron Crown (and its Silmarils). During Lthien’s overthrow of Ilvatar’s Gift of Men and the subsequent undoing, Beren is brought back to life for the first time in the history of the world.

However, even though he was a spoiled brat who was neurotic and cruel to his brother at times, Fanor achieved tremendous success during his lifetime. In the first place, he crafted the Silmarils, which are the most valuable stones in all of Arda. It was impossible to duplicate any of the Silmarils since they were made from the wood of the Two Trees of Valinor, two magnificent trees that conferred blessings and strength on everyone who looked into their eyes.

Having been destroyed by Morgoth, a more evil and powerful counterpart of Sauron who had also killed the trees, the Silmarils were one of only a few ways the gifts of the Two Trees of Valinor might be preserved after Morgoth’s soldiers had destroyed them. Fanor was uncommon among elves since his mother practically passed on much of her energy to her son during birth, resulting in him being significantly more potent than other elves at the time.

While fighting against Morgoth in the War of the Ring, Eärendil the Mariner is the one who makes the difference between bringing an end to Morgoth’s control over Middle-earth and seeing his dominion reduced to ashes. Finally, he defeats Ancalagon the Black, a gigantic dragon that dwarfs even Godzilla in size. The eponymous Eärendil continues to travel the skies above Middle-earth on his flying ship Vingilóti, with his two sons Elrond and Elros as his heirs.

To say that Tauriel’s character was poorly welcomed would be an understatement. Non-canon characters were introduced into The Hobbit, much to the chagrin of many Tolkien fans. Even though the Hobbit trilogy would have been even more male-dominated had she not appeared, the inclusion of a female character made sense.

Tauriel’s greatest strength was her ability to see the necessity of change, which she demonstrated on multiple occasions during her time as captain of the Mirkwood Elven Guard. The Elves’ leader Tauriel embraced the Dwarves and urged her fellow Elves to assist in the fight against Middle-growing earth’s horrors before Legolas accepted the Dwarves and Elrond’s conclusion that he could not abandon the race of Men.

The death of Elf Glorfindel, who appeared in one of the novel’s most famous scenes, was mourned by a large number of fans who watched The Fellowship of the Ring after viewing it. During the Ringwraith hunt, Frodo is injured and is transported to Rivendell for treatment. In the film version, Arwen assists Frodo in escaping the Ringwraiths by conjuring a torrent of water that tramples the Nine.

Despite his escape from the Ringwraiths, Glorfindel’s record of heroic actions does not end there. Morgoth’s forces, Sauron’s overlord, were the targets of his battles. Although he won the fight against the fearsome Balrog, he was killed in the process. When he died, he was revived and given far more authority due to the virtues of his life. the gift of life and even greater authority

There are many Lord of The Rings elves that are powerful. Each has its distinctive powers, skills, and capabilities that memes the different form one another. Throughout the movie, they have shown who they are and their powers. Each of the elves was described above, which provides information about who they are.