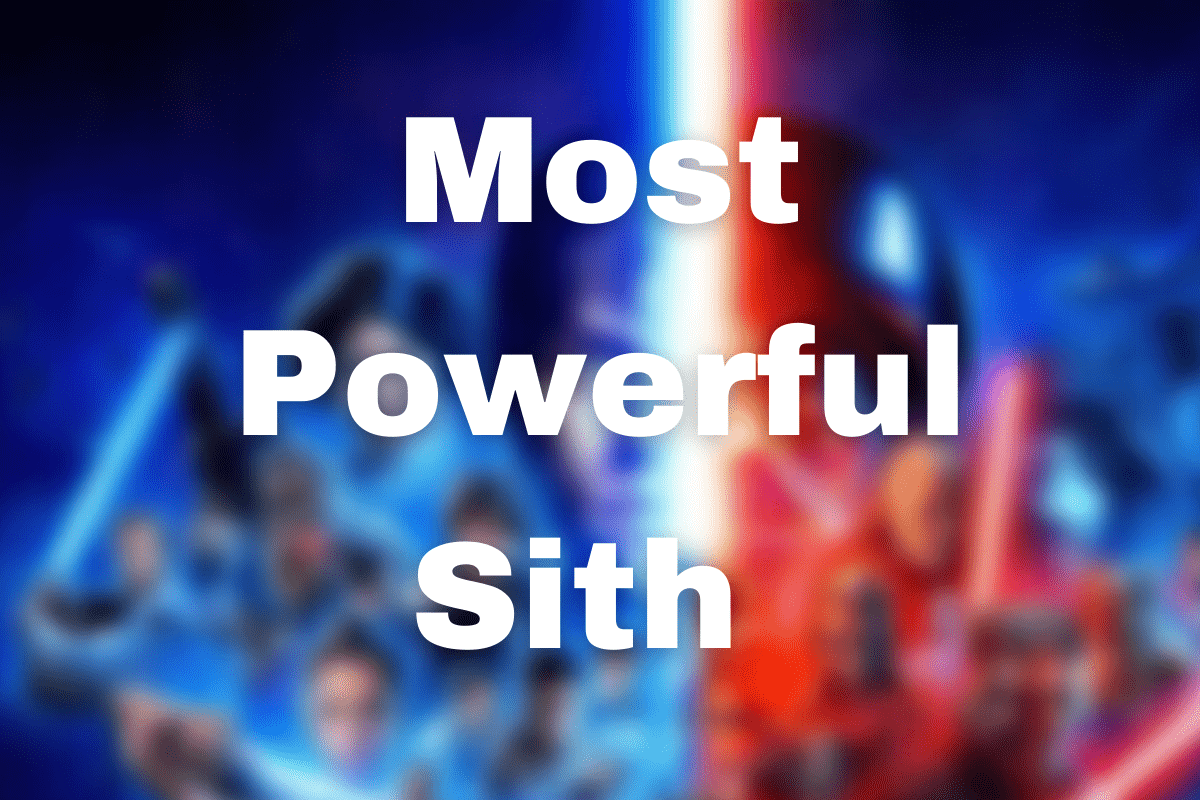 One of the most famous Scientific Fiction films over the decades is Star Wars. Many are hooked on watching this film as it is an exciting and fantastic plot. This movie also has antagonists and protagonists; you may think of Sith as you watch it but may not know what it means.

These fearsome foes have been one of the highlighted tyrants in Star Wars. They have been practicing hate, greed, and deceptions, and they are notable for their red-bladed lightsabers, black dress or coat, and of course, the use of their aggressive feelings. These looks of Sith amass power at all cost. To know more details about these Sith, please read more details below.

One of the most fearsome Sith is Marka Ragnos. This sith was one of the infamous and powerful sith lords of old. This sith forges the direction of the movement as centuries go by. he is considered one of the fabled figures in the SIth lore. He was even laid to be the most potent and wisest and had killed most Jedi Masters. His powers are so dark that he could keep and maintain his spirit over a millennia after he died. It awakens during the time of Luke Skywalker to try his hands again.

At a young age, he was manipulated to be called a Snoke. His master is Darth Sidious. When his uncle Luke Skywalker betrayed him, it made him go to plunge into darkness. Through his return to life, there are so many ranges of abilities that he demonstrated that other forces did not. This includes freezing blaster bolts in the middle of the air for a long time. Despite his powers, he was not technically a sith. Others may argue that he is one since Darth Sidious put him in the said category.

Asajj Ventress is one of the trainees of Count Dooku. This is until she realized that she might not get into the rank due to the Rule of Two that Darth Sidious adhered to. WShe was able to overcome her evil ways as she was blessed with a streak of goodness. After then, she changed her life for the better. She then tries to go hunting, but it can’t be denied that she is one influential person in the Force.

Ulic Qel- Droma was once  Jedi not until he sided on the dark side of the Force. He then became one of the storied members f the Sith Religion. Qel- Droma has a natural gift since, at an early age, he was not provided with good pieces of training. Though he has no keen training, he became one of the profound Sith in history.

The corruption of Ulic Qel- Droma opened many Forces who had been deprived and off-limits in the past. His most dominant power is mind control and increases in agility. In the end, Qel- Droma changed his ways and returned to the light side until the cohort of the vengeful Jedi slew him.

One of the epitome of the elite Sith physical training and is tied into the dark side of the Force is Darth Maul. Darth Sidious raised him since he was a young boy. He was raised in the dark and was forged with hatred and destruction, which led him to become the living sith weapon with a frightening power level.

Freedon Nadd is considered one of the key figures in the Old Republic lore. Freedon Nadd is the master of Exar Kun and is a significant player in the galaxy of generations after his physical death. He is the one who rules Onderon for a hundred years after he subjugated the world. However, his true power extended far beyond his simple reign.

He was once a member of the Jedi Order. He neglected and left his teachings and laid the ascension of the Sith. He was so powerful that he could haunt Massassi Temples on Yavin even after his death 4 thousand years ago.

Exar Kun is one of the ancient Sith Lord that haunts Massassi Temples on Yavin 4. He was introduced as a non-canonized Star Wars Legend. He could corrupt one of Luke Skywalker’s Jedi disciples and make him into a weapon before his influence was broken. Skywalker and the entire academy were able t overcome Kun’s will as they combined their efforts to banish him into the darkness. In his prime, Kun is believed to be so powerful.

Revan has become the namesake of the third Legion of the Sith Eternal. He is also considered to be one of the ancient Sith. Once, he was a powerful Jedi who became disillusioned by the death and destruction brought during the Old Republic’s War. This included the Mandalorians, and they have decided to forge a new path for themselves.

After then, Revan was seduced by the dark side, and as he was able to have newfound powers, he started to bring order and peace to the galaxy. However, the Jedi was able to wipe out his memory. And they gave Revan the chance to redeem himself regarding his past actions.

You can just encounter these Siths in the series when watching Star Wars. These Siths have played a significant role in the movie as they are the antagonists. Each of them has background stories that lead them to the dark side of the Force. They are the rival and the direct antithesis to their Jedi competitors. The two faction brought relentless rivalry and competition. Being able to know them more will help you fully understand the story of Star Wars.