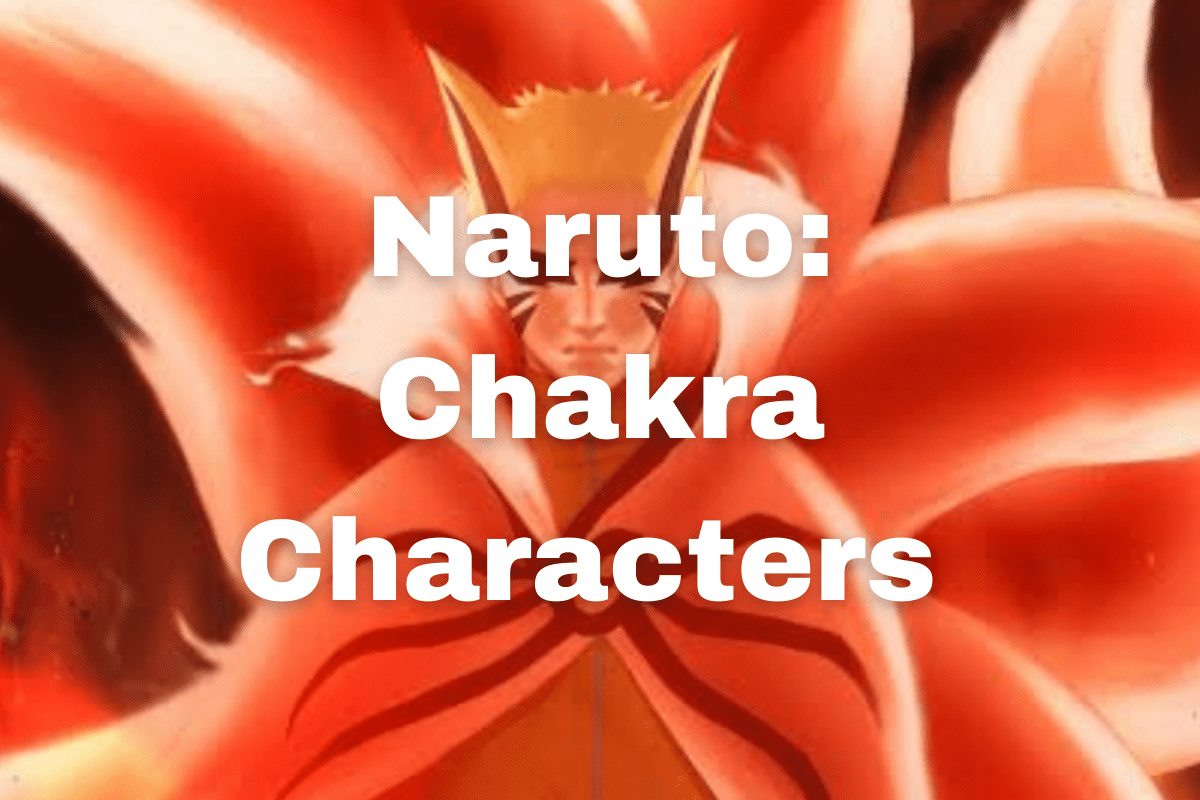 If you are a Naruto fan, you are aware that their ChakraChakra allows them to perform incredible and exceptional skills in fighting. It helps them stand their ground in battles. The more ChakraChakra you have, the better. Chakra is essential in the world of Naruto, especially if you are a ninja. Without Chakra, you will have no control or power to use ninjutsu since most Jutsu requires ChakraChakra. Ninjas with a low chakra are not exemplary in battles and may not perform strong attacks, making them vulnerable and defenseless.

All of the characters in the Naruto series come with ChakraChakra. The ChakraChakra that they possess comes in a variety of amounts and levels. This ChakraChakra directly affects their strength. A deficient chakra may cause them a problem as it is vital in combat. The more ChakraChakra they possess, the more chance they will be in action. I have listed them below if you want to know more details about the ninjas who come with solid chakras.

Since Kaguya is a ten-tailed jinchuriki, she has an immense amount of ChakraChakra in her body. This is far superior to Naruto. This allows Kaguya to use her kekkei or techniques. Kaguya is the only character in the Naruto Series who created a Truth-Seeking Ball. This is so huge that it can destroy the Earth.

The rebellion only ended when the two brothers could seal away their mother. The war and fight against Kaguya lasted only for months. Defeating their mother in a short time only shows how powerful they are and the amount of Chakra they possess.

Hamura Otsutsuki is the younger brother of Hagaromo Otsutsuki and his mother is Kaguya Otsutsuki. They are the first two siblings who were born with a chakra. He is the first person to use Tenseigan, an evolved form of Byakugan.

Hamura is one of the most compelling characters in the Naruto Series. HE teamed up with Hagaromo to take down their mother, Kaguya. The battle with their mother allows them to seal her away. His power to help his brother defeat their mother only shows the immense Chakra he possesses.

One of the most potent and well-known members of the Akatsuki is Madara Uchiha. He is one of its most famous and well-known members. He has established his presence within the Akatsuki group and successfully managed the organization behind closed doors. He possessed the same abilities as Obito, but to a far more significant extent. Given his proficiency with the Sharingan and Rinnegan, he has a good chance of defeating the Allied Shinobi Force.

He also managed to stave off Naruto and Sasuke’s attempts to defeat him in the process. Madara is considered one of the most dangerous villains in the Naruto series. Madara is widely regarded as the most critical member of the Akatsuki, and he is also thought to be the most formidable adversary in a one-on-one battle. Madara possesses enormous chakra reserves of his own. He experienced an exponential increase in Chakra when he became a jinchuriki of the Ten-Tails.

He is also called Tobi. This was the name he used to hide his true identity from the other members of the Akatsuki group. He has the power of Sharingan, Rinnegan, and the power of the Ten-Tails, so he can do things. When he turned into Ten-TAils Jinchuriki, he gained much Chakra, making him more powerful. These skills and passion have given him a wide range of abilities, including invisibility, mastery of the six chakra elements, and access to all of Nagato’s capabilities, which he can use.

Another thing that he can do with the Truth-Seeking Balls Technique is to get rid of almost anything with them. He called this power in a short time, but it took the Allied Shinobi Forces a long time to stop him. Because of the efforts of the thousand-strong army and because of Madara, he became almost unbeatable. He would have been even more invincible if it wasn’t for them.

Naruto is one of the most well-known anime characters in the world. He is the main character of the Naruto anime series and is often regarded as the most iconic character in all anime. When he was a child, he was seen as a monster, and people did not want to be associated with him.

On the other hand, he was able to demonstrate his worth and is now beloved.

As a result of his past experiences, he has become more motivated to improve his abilities and discipline. A Nine-Tailed Ninja Fox resides deep within him. He was blessed with an enormous amount of Chakra at a young age, which has provided him with a significant edge. The Nine-Tails provided him with an additional boost to the Chakra reserved in him.

In the Naruto Anime series, one of the most important things that a ninja must possess is the amount of Chakra in his body. This allows them to be strong and have endurance when fighting. The more Chakra you have, the more skilled and powerful the ninja is. From what you may notice, the above-listed characters are powerful because of the Chakra that they have in them.