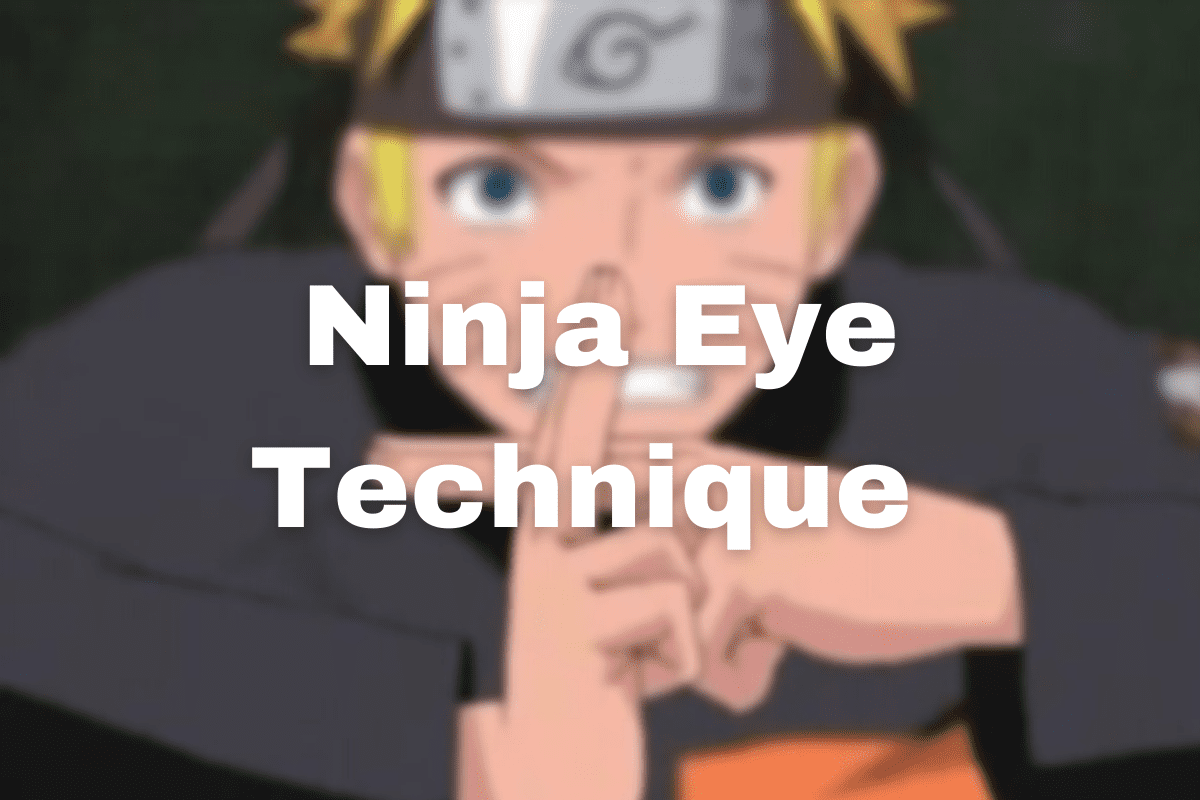 One of the most attractive thing about some ninjas in Naruto are their yes. It comes in a variety of colors, shades, and sizes. One of the most coveted things about ninja is their eyes. However, some may have the typical one. Some have a very rare and different kind of eye design. In the Naruto series, the ninja’s ability can also be determined by their eyes and signature eye ninja technique.

When watching the Naruto series, it is best to have an idea about the different eye techniques so you may know and have a deeper understanding of them. Typically, they use these techniques when fighting. To learn more, please read more details below.

Since this potent combination is so uncommon in the Naruto universe, just a tiny percentage of its potential is demonstrated. As a result of the Rinne-use Sharingan’s casting a genjutsu spell over the whole universe, it appears to be capable of assisting in the transfer of knowledge between various dimensions and between dimensions, according to the evidence.

In the world of Naruto series, Tenseigan is a fusion of the Otsutsuki chakra and the Hyuuga Byakugan that was developed by Toneri Otsutsuki and materialized through the efforts of many people around the world. According to Toneri, the Tenseigan is powerful enough to crash the moon into the Earth. Still, it can also create new organisms as a result of the collision, proving that it is a multi-purpose weapon.

As an example of his ninja eye strength, the villain conjures an animated stone warrior to battle Naruto in one episode. Apart from giving Toneri the ability to control life and death, the Tenseigan also offers him the ability to fly and manage the truth-seeking balls linked to the Sage of Six Paths, which he is using in order to hunt down and kill enemies. After achieving the objective, the Tenseigan turns the featureless Byakugan into blue pupils that resemble overlapping flower patterns, which gives him a unique appearance.

One can get the power of the Rinnegan by making the chakra of the Sage of Six Paths. A lot more people use the Rinnegan than other dojutsu, and their skills seem to be different from person to person. People like Pain (Nagato) move through space using the eyes’ Six Paths move set, Sasuke’s Rinnegan, and Madara, who can summon a Limbo shadow clone to do what he wants.

Many Rinnegan users can also make black metal rods that they can use as weapons or hold down their enemies. It is important to note that this Naruto ninja eye technique has a lot of chakras and ocular power, but it can’t see things like smoke bombs. The Outer Path’s seventh talent allows people to be in charge of both life and death, giving them the power to resurrect the dead.

The Mangekyo Sharingan is a more advanced form of the Sharingan that has only a few people in the Uchiha clan who can learn and perfect its use and mastery. It is a more powerful kind of the Sharingan than the original. This eye technique can only be mastered by Uchiha, extraordinarily talented and motivated individuals who have a strong desire to succeed.

After being able to witness the death of a close friend or family member, a whole new set of skills emerges. The Mangekyo Sharingan allows you to employ techniques such as Amaterasu and Susanoo and jutsu that are unique to each individual, like as Obito’s Kamui, that are only available to those who have the Sharingan. Those are the “heavenly eyes that view the truth of all of creation without hindrance,” as the saying goes.

The disadvantage of employing the Mangekyo Sharingan without supervision is that it might cause significant damage to the user’s vision. An answer to this problem can only be found by swapping the blindfolded eyes of one Uchiha with the eyes of another Uchiha who possesses the Mangekyo Sharingan.

Known as the Jogan, it is one of the most enigmatic ninja eye techniques in the Naruto series, with little information regarding its actual capability. The Jan, which is held by Boruto and only known to the Tsutsuki Clan, works similarly to the Byakugan in that it can sense chakra in the air. It is also capable of detecting interdimensional rifts. The dojutsu in the Naruto manga is virtually utterly devoid of features.

The Jogan, on the other hand, is depicted in the anime as pale blue with a darker sclera and a visible pupil in the manga. It’s conceivable that the Jgan is capable of much more than Boruto has yet to discover, but this will only be revealed until the true origin of the eye is found and understood.

The Sharingan is one of the most well-known ninja eye techniques in the Naruto universe. Only the Uchihas can use it, yet it has been stolen or given to other characters throughout the narrative. Those with Sharingan, such as Sasuke, may utilize it to replicate their opponents’ moves and see through illusions and genjutsu, such as what Sasuke is capable of.

It can also deceive the eye into believing that something is not what it appears to be. Anyone who is a member of the Uchiha clan must learn how to open their Sharingan eyes through rigorous training and an emotionally charged experience. For example, a particular Jutsu, known as the Mangekyo Sharingan, can only be produced through the pain of losing something. It confers extraordinary abilities in addition to the usual ones on the user.

The Byakugan is possessed by members of the Hyuuga clan, such as Neji and Hinata. Its primary purpose is to provide the ninja with a more detailed vision. A far distance vision, the discovery of chakras, and the breaking down of walls are all possible with this technique. In battle, the Byakugan can detect whether an opponent is moving quickly or attempting to hide from it.

However, mixed-blood descendants such as Himawari are born with regular eyes that can transform into the Byakugan when activated. In contrast, the Hyuuga eye is revealed to be white and strained when activated. While the Byakugan is less powerful than the Sharingan, it does allow the user to see more chakra. This makes it simpler to distinguish between certain sorts of clones and the real thing, as well as specific chakra signatures.

The dojutsu mentioned above is the different characters’ eye technique in the Naruto movies. Each dojutsu has its distinct characteristics, uses, and power. It would be best if you had the idea of what this dojutsu is all about to have deep knowledge about the series.