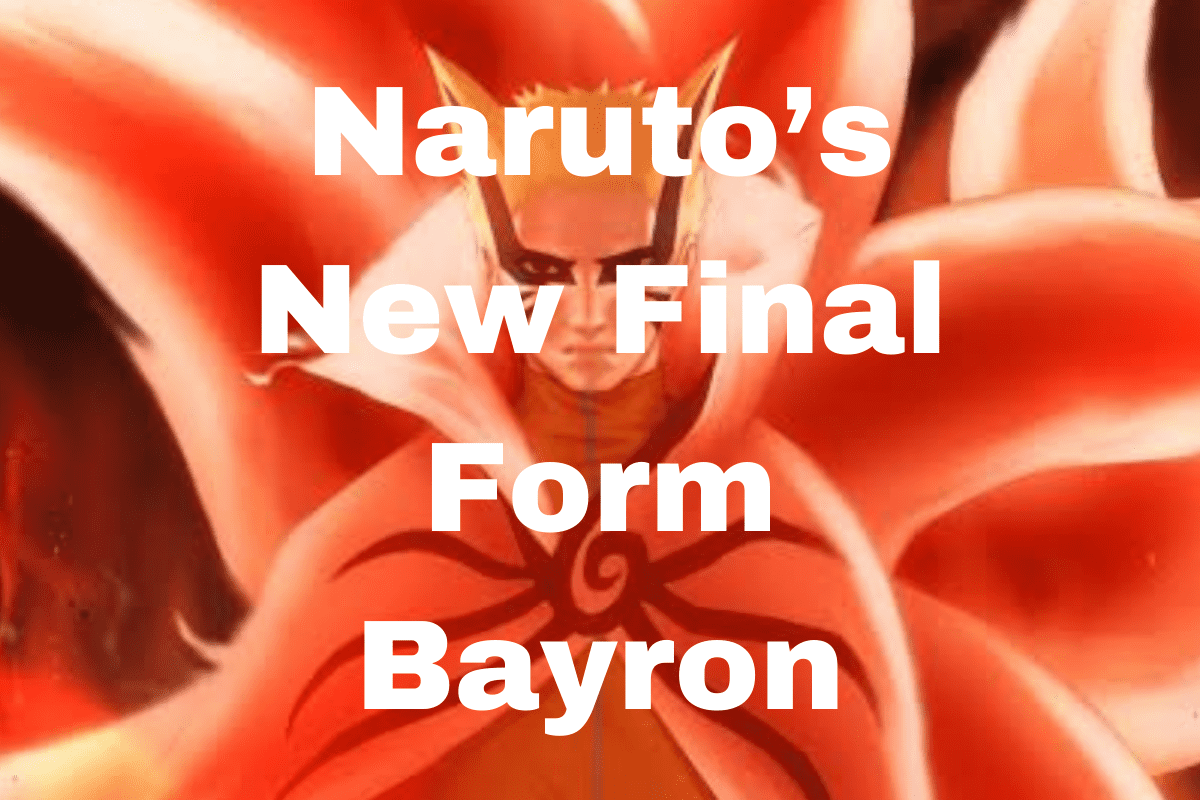 When watching Naruto, you may have come across terms like Bayron mode and other similar phrases. This is the official new Naruto form, as announced in the anime series. It is revealed in this series that, according to Kurama, both Naruto’s Chakra and the Chakra of the Nine-Tails have been combined. According to Kurama, this is a necessary component of the new form. The fusion process is quite similar to nuclear fusion in that it generates new energy, which creates more power for Naruto.

Baryon comes from a type of scientific particle with the same name, so the name comes from that. Because Baryon is named after Naruto’s most recent upgrade, it refers to how nuclear it is. As you can see on the cover issue, Kurama’s fur is a bright red color. It forms a sleek coat around Naruto, with two tails sticking out from the back. This is a change from Naruto’s usual orange-yellow glow. Instead, he has the bold red color of Kurama’s fur, making him look like he has a smooth coat around him with tails sticking out of the back.

His face and hair begin to take on the appearance of the Nine-Tails, and an Uzumaki logo with the tails of Kurama spinning off his chest can be seen. This demonstrates that they have merged. A closer look at Naruto reveals that the lines on his whiskers are becoming thicker, and the pigments surrounding his eyes have turned black and stretched out to resemble fox ears.

The Powers of Naruto in Bayron Mode

Baryon Mode outperforms all of Naruto’s previous forms by a significant margin in terms of raw power. The Hokage has difficulty landing a solid hit when playing in Kurama mode. His strikes are readily avoided in Baryon mode, and he can knock the Otsutsuki villain to the ground with a well-placed elbow if he is in Baryon mode.

The most notable aspect of Baryon Mode is the poisonous impact that each blow has on an opponent while also increasing speed, agility, and overall power for the player. Each time Naruto struck Isshiki Otsutsuki, a small portion of his life was sucked away, much like radiation poisoning would do to a person. This signifies that the metamorphosis can cause an opponent’s life while engaged in combat.

Kurama claims that you will be victorious in Baryon mode if you only strike the target once or twice. It’s dreadful, but this strength comes with a significant disadvantage. It used to be that Naruto’s prior forms involved mixing Chakra with Kurama and then dissolving the combination after the fight was ended. But that was then. If you activate Baryon Mode, both Naruto and Kurama will perish since their Chakra will be depleted, and they will not obtain any additional chakra.

The Cost of Byron Mode to Naruto

The Baryon Mode transformation can be extremely dangerous when utilized for a long time because it gradually decreases the user’s energy and life span. Also true is that the Chakra is interconnected, which implies that Naruto touches will lose their life force due to the bond. However, this is only a portion of the truth. When Baryon Mode is activated, Kurama will be annihilated because his Chakra will be depleted to unleash one final burst of incredible power. Naruto would be without all of Kurama’s Chakra and energies if the beast were no longer alive, yet he would still be able to fight and accomplish things.

When it came to the cost of the transformation, Kurama intentionally deceived Naruto since he knew that telling the truth would have kept Naruto from utilizing the ability and that sacrificing himself was the only way for Naruto to survive. What distinguishes Baryon Mode from the competition is based on this fundamental difference.

Baryon Mode has gained popularity since its debut in the Boruto manga earlier this year. Naruto has been the topic of conversation on the internet. Because people were becoming more aware of the dangers of wielding such much power, there was growing concern that Naruto would perish in battle.

Even before the Baryon Mode was introduced to the Boruto manga, people in the community began to speculate about Naruto’s death. It spawned a bizarre fantasy involving Hinata Hyuga and the previous Raikage, with fan fiction based on the same concept spreading on message boards.

During the final episode of the Boruto anime series, just a quick display of the Baryon Mode was given. Even if they haven’t read the manga, people aware of the consequences of Naruto’s death may find it difficult to accept what has happened.

How Powerful is Baryon Mode?

During Baryon Mode, Naruto receives so much assistance that no one else on the field can believe what is happening. Sasuke and Isshiki are baffled as to why there is so much energy in the universe around them at the moment. When he enters Baryon Mode, he receives a large amount of Charka. His reflexes and speed are also accelerated, making them even faster than they were previously.

This mode only takes one hit for Naruto to knock Isshiki out of the game. Isshiki is a skilled fighter who excels in hand-to-hand fighting. Naruto is significantly stronger than Isshiki in this state, but only briefly.

His ability to keep up with Isshiki while in Kurama Mode was severely limited. He can keep up with Isshiki with relative ease when in Baryon Mode. He can also use his hands to pick up Isshiki’s Chakra Rods if he so chooses. The rods were too fast for Sasuke’s Sharingan to keep up with them. On the other hand, Naruto continues to deplete his Chakra at an alarming rate, bringing him closer and closer to death by the second.

The Byron Mode is comparable to nuclear fusion. The Chakra of Naruto and Kurama are employed as raw materials to create a new sort of energy. Isshiki and Sasuke were taken aback by the sudden surge in chakra levels. Sasuke described it as “colossal.” Naruto’s reflexes, speed, and power increase when utilized to the point where he even outperforms Isshiki in some situations. In addition, to snag the tsutsuki’s black rods out of the air before they become apparent, he can evade and parry assaults with ease.