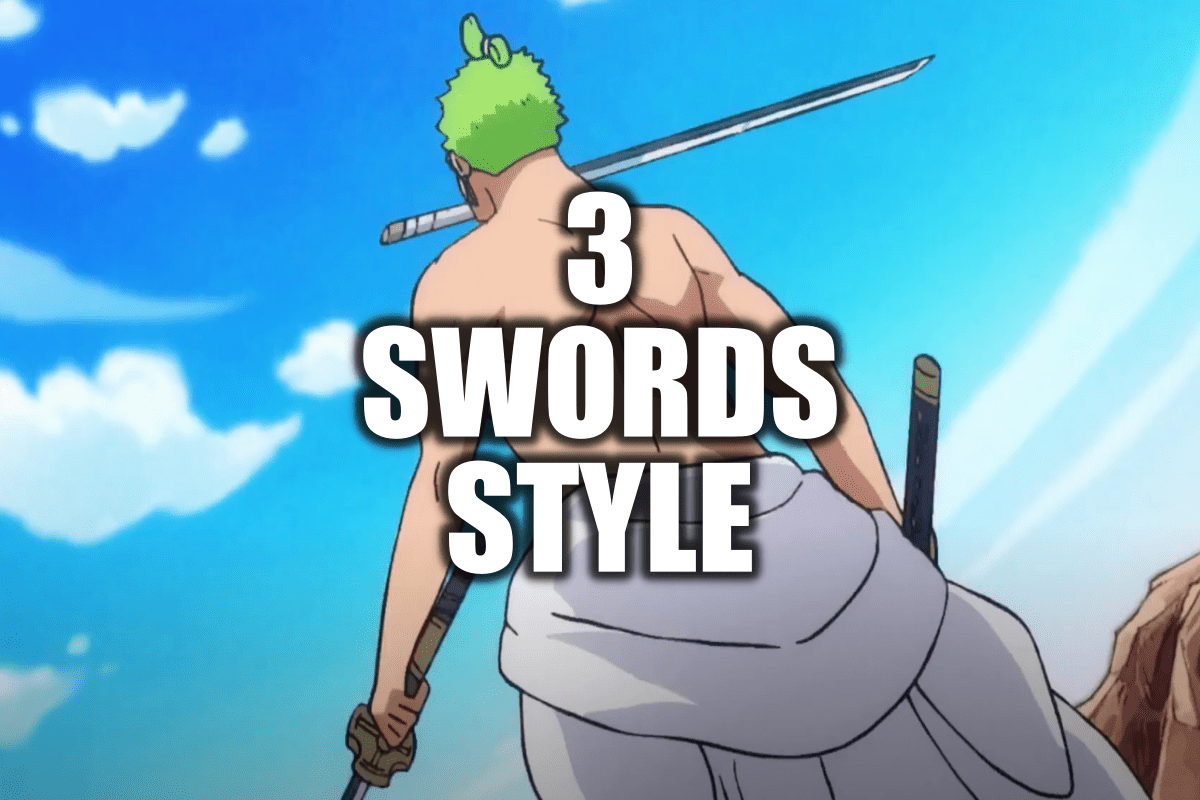 If it is for fun, then sure. However, employing it in battle is pointless for many reasons. For one, the amount of effort required to hold a katana in your mouth while moving freely with two other swords does not appear to be practical. You may not be aware that in Europe, however, you must keep your sword held in your hand since your fingers, in addition to the strength you create from your hips, contribute to how powerful the cut is. Having a sword in your mouth would still allow you to produce force with your hips, but because your mouth does not move in the same approach your hands do, there is no analogous power to the power you generate with your fingers when you do so.

No, it is not feasible to use three swords in this manner. Santoryu is the name of the style. Three Katana are used in one of the most popular methods of sword combat in Japan, one in each hand as well as one in the mouth, which distinguishes it from other techniques.

Take note of the angle formed by the third sword with relation to Zoro’s left arm. As you can see, that third sword effectively prevents the left arm from accomplishing practically anything at all. It indeed prevents it from performing any descending cut, which is the great majority of movements you can achieve with a sword, even in fencing systems that are known for the significant number of rising amounts they employ.

As a result, even though Zoro appears to have three functioning swords, this is not the case. By adding an extra blade, he has reduced himself to possessing one and a fraction of an operational sword, which is a significant reduction. First and foremost, you would almost quickly break your teeth if something were to strike your sword. The sword is now inclined to wander out of your mouth and maybe into your leg as a result of the half-broken side of your mouth.

Is it possible to use three swords in a real-world situation?

Putting a sword in your mouth prevents one of your arms from doing any other action other than horizontal or diagonal upward slashes from one side. Having two swords already limits your flexibility; using three would be even more restrictive.

Even if you really have platinum teeth and the biting power of a gorilla, and you manage to establish a style that is nearly entirely comprised of horizontal cuts, the level of coordination and spatial awareness necessary to pull this off is mind-boggling. Do you know that patting your head and rubbing your tummy thing?

That’s right. Try doing that while holding a sword in your mouth, and someone is actively attempting to hack you in two with it.

Which Is The 3 Swords Style Origin?

When Zoro initially began mastering the arts of the sword, he developed his “Two Swords Style,” which he named after his two swords. Having been defeated by his adversary Kuina 2000 times, this motivated him to become even more powerful.

He dared Kuina to a two thousand and one battle one day, confident as always, but this time he insisted on fighting with real swords instead of just a pair of sticks. Zoro began practicing the Three Swords Style, which eventually led to his becoming a mighty swordsman and the Three Swords Style being compelling.

His distinctive sword method, in which he employs three swords rather than a single blade, is the foundation of his combat style. The only method Zoro feels comfortable fighting is with three swords. He is ready to compromise for any grade of blades as long as he has three of them; nonetheless, he has broken numerous swords that were inferior to those used by Wado Ichimonji.

What is the significance of Zoro carrying three swords?

He has three swords because, after Kuina died, he requested that her father give him her weapon as a present. Because he couldn’t defeat her with two swords, he reasoned that three would be more effective. As long as Zoro can maintain a solid grip on the sword, it will fulfill its function.

Which blade does Zoro take a bite out of?

He utilizes Wado Ichimonji, Kuina’s sword, which he holds in his mouth. And, prior to the TS, he made extensive use of it when using Ittouryu.

His attack names are really puns, resulting from how various Japanese words are combined to form some of his attacks’ names. When these terms are spoken combined, they can appear like an entirely distinct Japanese word, which is frequently used to refer to food in general and sushi in particular in various situations.

Furthermore, even though Zoro is an agnostic, several of his assaults have religious undertones. Many of his attacks, both before and after the time skip, have animal motifs to them and other aspects of his personality.

Is Zoro Ceasing To Use The Three-sword Style?

In his “Santoryu” fighting style, Zoro often holds three swords, although he has proven himself to be an excellent duelist and warrior when only holding two or even one of his three blades. The Ittoryu is a finishing technique in which Zoro decapitates an opponent with a single blow to the neck.

Zoro had used Ittoryu to decapitate many opponents. One prominent example was when he beheaded the massive and formidable Dragon Number Thirteen with a single hit to the neck.

The fact that many inferior swords unable to equal Wado Ichimonji have broken several times means that Zoro will never fully utilize his Santoryu, despite his claims that it doesn’t concern which blades he uses as long as he has three is a source of contention. With the help of Sandai Kitetsu and Yubashiri, he was able to utilize this sword technique to its most tremendous potential, beating Kaku, the second most potent CP9 agent at the time. He later replaced Yubashiri, who had been eroded by Shu, with Shusui, who Shu had rusted.

We’ve all seen how impressive Zoro was when he used his three-sword technique. We’d want to know whether you’ve actually seen it in person. Here is a video clip of the Ascendancy Fight System that will show you how it seems in person. Have a good time!