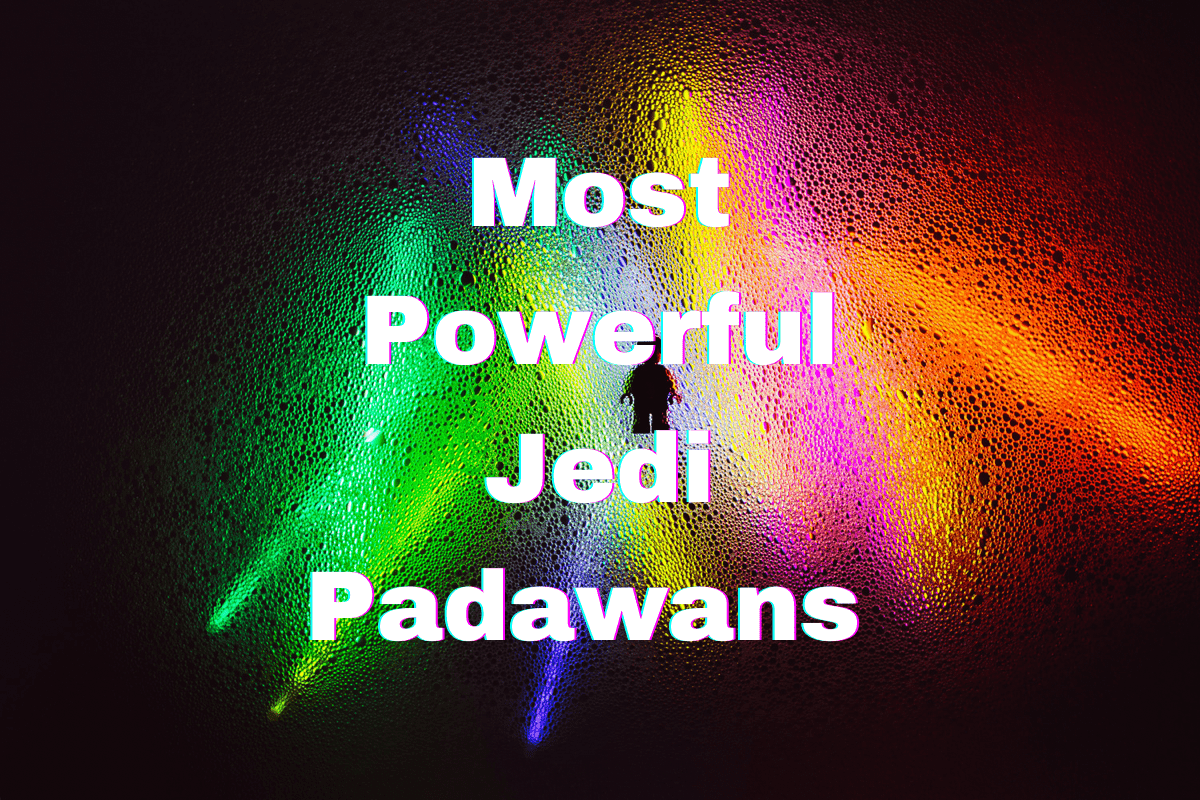 Star Wars will always be one of the best Scientific Fiction movies that has been watched over the decades. Many are waiting for the next season. As you watch the movie, you may have encountered Jedi Padawan. These Jedi Padawans are apprentices that are paired with a Jedi knight.

Many of these powerful Jedi Padawans are Anakin Skywalker,Revan, Yoda, Dooku, Luke Skywalker, Ben Solo,Aksoka Tano, and Grogu. These Padawans braid to denote their status to become Jedi. They are trained to become full fledged Jedi.

These Padawans are trained in classroom settings. They are learning with other students and teachers. To know more details regarding the Jedi Padawans, please read more details below.

Anakin Skywalker’s extraordinary qualities were immediately apparent from the beginning. On Tatooine, he was able to race pods with the help of his superhuman reflexes and agility. His ability to get it to the Jedi temple and finally achieve freedom is due to his efforts in this regard. He began using the Force at an early age, and as a result, he has gained widespread recognition. He has a more significant number of midi-chlorians than any other Jedi by a wide margin. As a result, this young man has emerged as the most powerful Jedi Padawan to yet.

It was only through his inclusion in the Star Wars: The Rise of Skywalker Visual Dictionary that Revan was accepted into the Star Wars canon in 2019. When Revan was a Padawan, his fighting and planning abilities propelled him to the top of the Jedi hierarchy. He rose to become the Galactic Republic’s Supreme Commander during the Mandalorian Wars, almost 4,000 years before the Battle of Yavin.

Immediately following Revan’s fall from grace, the Jedi were doomed, as he took his then-Padawan and began creating his kingdom against the very organization to which he had previously promised allegiance, just like Anakin Skywalker did.

Despite the numerous unsolved questions surrounding his existence, Yoda’s loyalty to the Jedi Order is evident and has remained so for nearly a thousand years. Having lived through the heights and lows of the Republic, the Sith’s return, and the establishment of the first Galactic Empire, is a unique perspective on the galaxy.

N’Kata Del Gormo, a Hysalrian he met after falling into his world, taught him everything he knew. After learning that he was Force-sensitive, the Jedi Master encouraged him to continue his studies at the Jedi Temple, where official evaluations have determined that Yoda possesses the highest midi-chlorian count of all of the Order’s members. At the age of 100, he became a Jedi Master and educated dozens of Padawans, including Count Dooku, establishing him as one of the most powerful Jedi of all time.

Dooku is a hero in every sense of the word. After being abandoned as a child, he eventually climbed to the position of Jedi Master despite his circumstances. Finally, after years of hard work, Yoda’s disciple could defeat Syfo-Dias without the assistance of his eyes or spare hand. The Jedi Order and the Jedi Temple were merely the beginning of what he had in mind for the universe’s future. Because of his childhood experiences with the Jedi order’s bureaucracy, Dooku has never entirely accepted it as an adult. The moment he decided to use his ancestors’ legacy to make a constructive difference in the world, he was ejected from the Order due to his political goals. He was never allowed to return.

Even though Luke Skywalker was never allowed to join the Jedi Order, he already had an advantage because he was descended from a line of Force-sensitives. Jedi Master Obi-Wan Kenobi taught Luke Skywalker how to wield the Force, and Luke was able to do so with only a little assistance from the Jedi Master himself.

In the years following his instruction with Master Yoda, he improved his telepathic powers, levitated objects, and was able to see into the future. A confrontation with Darth Vader, a position against the Emperor, and, eventually, faith in his father were all necessary steps in saving the galaxy from the evil side of the Force. When Luke overcame his doubts, he rose to become one of the greatest Jedi masters of all time.

The fact that Ben Solo comes from a noble family is self-evident. When you have Solo and Skywalker in your blood, nature itself offers you incredible abilities. When it comes to Ben Solo, the terrible forces of Supreme Leader Snoke can be compared to those of Darth Vader. He was preoccupied with the death of Luke Skywalker. His reaction was to attempt to assassinate his nephew due to this. To put it plainly, things did not go well at all in that situation.

Anakin Skywalker’s pupil, Ahsoka Tano, was instructed by one of the most powerful and reckless Jedi in the entire Order, Master Yoda. While Skywalker had a reputation for being a shady character, she thrived under his tutelage, aiding him in resolving political issues, the destruction of Separatist droid armies, and the command of clone trooper companies throughout the Clone Wars.

During the Clone Wars, she would face off against Darth Maul, a former rival of General Kenobi’s. She would come close to defeating the Sith until the events surrounding the Siege of Mandalore forced her to make a decision. After being wrongly accused by the Jedi Council of making a bomb threat against the Jedi Temple, she became disillusioned and eventually left the Jedi Order, despite being one of the Order’s most promising disciples.

Din Djarin, a Mandalorian dispatched to retrieve Grogu for Imperial testing, adopted him even though he was more than a century old in the sight of his people. Under the careful eye of the Mandalorian, some of his inherent Force powers manifested beneficially, while others manifested negatively.

Grogu was already proficient in the dark side ability of Force choking, as well as large-scale levitates when he was just eighteen years old. He was capable of dispatching a large number of stormtroopers with a single wave of his palm. In the years following his training with Luke Skywalker, he rose to become one of the galaxy’s most powerful Jedi, despite his inconsistency in his abilities initially.