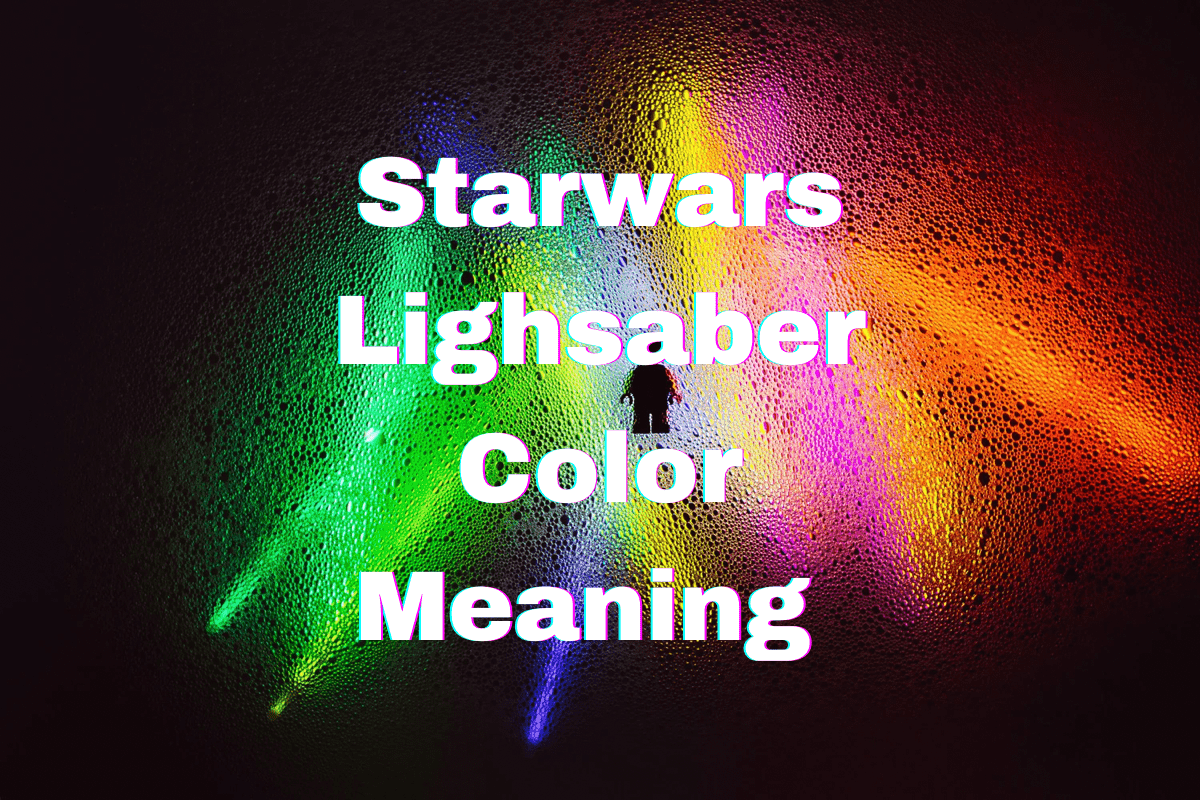 Star Wars has been highly watched by many for decades already. Many are hooked due to its Scientific Fiction theme regarding wars in space which makes people have the interested in watching. If you have been watching it already, you may notice unique and interesting things in the movie, including the use of Lightsaber, a Star Wars Weapon.

Lightsaber comes in many colors. Each of its colors has its own unique and interesting features that showcase its power, strength, and capabilities of it. These weapons are for the Jedis; it is powerful enough to cut doors or even enemies. This lightsaber comes in a variety of colors, including yellow, blue, orange, green, black, purple, red, and white.

Each of the colors that have been mentioned has unique descriptions that you may not know. That is why I have provided details below. Please check for more information.

A Jedi Sentinel was a Jedi who excelled in both martial arts and academic endeavors, and the color yellow could distinguish them on their uniforms and robes. On the other hand, the temple security personnel could activate their lightsabers by using yellow crystal-enhanced batteries.

It’s no surprise that Jedi Order yellow lightsabers are among the most coveted weapons in the galaxy, especially among collectors. The importance of the hue has never been described, and as a result, no one is aware of its significance. Asajj Ventress and Ahsoka Tano wielded a yellow lightsaber in the story.

Although Lucas and the other authors sought to maintain the symbolism in modern characters, in modern times, lightsaber colors don’t carry the same weight as they had in ancient times, and the meanings of each hue are more focused on their historical value than their contemporary significance.

What was once known as “The Jedi Guardian,” which embodied bravery and morality, is represented by the most prevalent lightsaber color in the galaxy—blue. The blue tint of Jedi Guardians’ sabers symbolizes their fighting prowess and ferocity in defending the Jedi faith.

Orange lightsaber blades are scarce in the Star Wars universe’s canon, and this one is no exception. The orange lightsaber is also incredibly rare, and as a result, we don’t know anything much about it. According to one notion, people who own this hue have decided not to use their weapons unless necessary.

A green lightsaber indicates a Jedi Knight who has accumulated a great deal of knowledge and wisdom, as well as a profound and fundamental understanding of the Force. They value harmony and prefer to employ their intellects rather than their physical skills in battle rather than their weapons. As a result, they’re often regarded as some of the most illustrious Jedi Knights in the entire Star Wars world.

The Darksaber is a classic example of a Darksaber, also known as a black lightsaber. Darksaber, an ancient lightsaber with notably black blades, was designed by Tarre Vizla, a Mandalorian who became the first Mandalorian to be admitted into the Jedi Order. Despite its name, the “Darksaber” isn’t merely a weapon used by the Jedi. With the sword, he faced off against the New Mandalorians, particularly during his successful invasion of Mandalore. Distinguished by its distinctive black-energy blade, surrounded by a gleaming white border, the Darksaber is a potent emblem of Mandalorian dominance.

This lightsaber is one-of-a-kind in the Star Wars universe. It is one of the most mysterious colors in the Star Wars world, represented by blue. With the color purple, we may describe the process of reconstruction and recovery. Someone using an ultraviolet lightsaber had a powerful connection with this group of people. When it came to purple lightsabers, Jedi Master Mace Windu was a household name among fans of the Star Wars franchise.

In part because of their strong connection to the Force, kyber crystals have long been considered to be practically sentient. Keeping in mind that kyber crystals were resistant to the Sith and that there were no natural means for the Sith to manipulate them, it’s crucial to remember that. There was only one choice available to the Sith and the crystal: they had to use the Force to subdue the crystal.

The color of the kyber crystal would alter due to the “bleeding” that would occur during the procedure. While red kyber crystals can represent the grief and suffering of the dark side, they do not truly embody evil in any way. Because of the hatred that a Sith has instilled in it, the kyber crystal “bleeds.” The Sith are the only ones who can wield a crimson lightsaber because such characteristics are not genuinely characteristic of the Light Side of the Force.

In recent years, the red lightsaber has been synonymous with all of the Sith Lords, even if some of them, such as Darth Maul or Kylo Ren, had more distinctive designs. Darth Sidious is the most potent red lightsaber user in the galaxy with his red lightsaber, with Darth Vader, his disciple, a close second. When Count Dooku turned against the Jedi and joined the dark side, he wielded a red lightsaber to complete the transformation.

It is not always that you come across a white lightsaber in the galaxy, but when you do, you recognize it. These lightsabers appear to be associated with a particular character frequently. Canon is associated with Ahsoka Tano, a young Padawan under Anakin Skywalker during the Clone Wars. There are only a few white lightsaber blades in existence, and they’re exceedingly uncommon and neutral in color, making them extremely valuable. If you go back to the beginning of the Star Wars universe, you will see Ahsoka Tano wielding white lightsabers with curved hilts. In Star Wars Legends, a group of Force users known as the Imperial Knights also wields white-bladed lightsabers; however, their blades are different.

As for the other colors mentioned in the table but have not been addressed individually, the reason behind that decision is that we have no story to tell. These different colors and some non-canon ones (like gold or bronze) have appeared in the franchise, but the reports never really revealed much about them, so we have no clue what they represent.

Lightsabers are available in a variety of hues. Each of its colors has its own distinct and interesting characteristics that demonstrate the power, strength, and capabilities of the individual color used to represent it. These weapons are reserved for the Jedi; they are capable of cutting through doors and even enemies. Yellow, blue, orange, green, black, purple, red, and white is just a few of the colors available for this lightsaber to choose from.