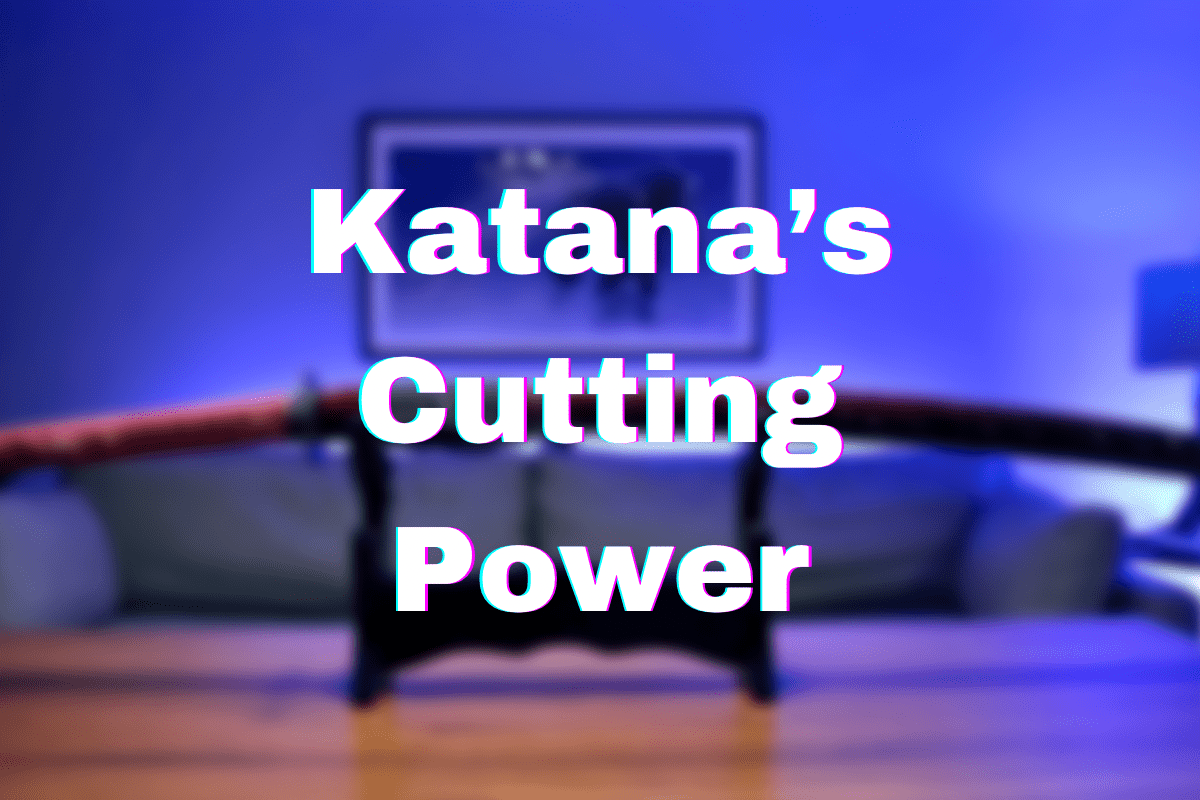 Whether you are a fan of samurai pop culture or not, there’s no doubt that you have at one point asked yourself about the katana’s cutting abilities. Considered as one of history’s most iconic blades, the katana is renowned for its distinct curve and single, razor-sharp edge.

This sword has been featured in several films, video games, anime, and manga. Kill Bill, Rurouni Kenshin, Sekiro: Shadows Die Twice, 13 Assassins, Hara Kiri: Death of a Samurai — these are just a few of the myriad of the films and video games that featured the katana’s cutting prowess.

Can a Katana Cut Through European Medieval Armor?

Given how pop media have painted the katana, most of us cannot help but think how well would a katana perform against some of history’s ideal defense systems — the full plate armor and chain mail.

Unfortunately, full plate armor was one of the most technologically advanced defense systems back in the day. Particularly the ones in the 16th and 17th centuries. Therefore, the answer is a big NO. A katana would not be able to cut through plated armor. The same goes with chainmail. The katana would do poorly against this medieval armor.

But how about a bullet? Or flesh and bone, for that matter? The answers as to why this is so will be provided below. So, if you’re itching to find out why, read on to sate your curiosity.

Why Can’t a Katana Cut Through a Full Plate Mail?

Now, those who have been introduced to the katana through popular media might ask the question: isn’t the katana so sharp it could cut through anything? Before we answer that question, we should first take a look at how strong full plate armor is.

Full plate armor — specifically the one used by the European knights in the 15th century — is made of steel plates that were held together by closed rivets and leather straps or laces. Surprisingly, this armor was strong enough to thwart longsword strikes, which is why the medieval knights wear a panoply when going to battle.

Even though the katana has a stronger cutting edge as compared to the longsword, it would fare like the former against plate armor. This is because the katana was not designed to cut through steel. Though we are used to seeing videos of kenjutsu practitioners cutting rolled-up tatamis (or goza targets) while performing tameshigiri, iron or steel plates are obviously made from tougher material. Therefore, no matter the quality of a katana, the wielder will have a hard time slashing full plate armor in half.

In fact, according to experts, the only way you could defeat a knight in full plate armor is to put them on their backs. Afterward, you have to stab them with a knife or dagger either on the face through the visor or in the joints, or the armpits or the groin.

With that said, perhaps one of the best portrayals of katana versus plate armor is in Sekiro: Shadows Die Twice. In the game, there is a mini-boss fight in which the protagonist comes face-to-face with a medieval knight in full plate armor. Throughout that section of the game, the player cannot injure the knight in any way, even with the protagonist’s signature deathblow.

What About Chainmail? Why Can’t a Katana Cut Through It?

The chainmail is another type of armor that is composed of iron or steel rings  or chains linked together, thus the name. First invented somewhere around 300 BC, chainmail armor was highly effective against any type of sword attack, so it was widely used in medieval era Europe.

As mentioned earlier, the katana would not do any significant damage to the chainmail. The reasoning behind this has something to do with armor’s design. Not only is chainmail strong enough that they would not break easily against a blow, but the collection of interlinked rings would also absorb the impact of the strike, thus nullifying the blow. With the gambesons that medieval soldiers wear underneath the armor, getting cut by a katana would probably feel like getting patted on the shoulder while donning a tunic.

Like full plate armor, the longsword is useless against chainmail. Unless a medieval soldier could destroy a ring or two to create an opening. This means the katana wielder should execute a stabbing motion. Unfortunately, the katana isn’t designed for stabbing or piercing armored warriors.

Can a Katana Cut a Bullet in Half?

We proceed now to the trickiest question of the lot: can a katana cut a bullet in half? Given the number of videos available on Youtube regarding this matter, apparently, the katana appears capable of splitting a bullet in two.

However, based on the videos, we have to consider the fact that the gun used for the experiment was a handgun. Generally, a 9-millimetre bullet has an average muzzle velocity of 1,200 feet/second and packs a force of 400 foot pounds. None of the videos used a high-powered weapon, like an AR-15, for instance, that has a over 3,250 ft/sec of muzzle velocity and has a 1,300 foot pounds of kinetic force.

For this reason, we have to be specific with the question: Can a katana cut a 9-mm bullet in half? Yes, the katana has a sharp and toughened edge that can take on small arms projectiles. And surprisingly, most of the swords used in the videos did not suffer any cracks or dents.

How about a 5.56 round from an AR-15? Or a 7.62 x 51 millimetre NATO round, for that matter? Or a .50 cal? As interesting as it sounds, these katana-versus-bullet experiments are something that we have yet to see.

Can a Katana Cut Through Flesh and Bone?

This question brings to mind that scene in Kill Bill where The Bride cuts Sofie Fatale’s arm with a katana, which results in a literal bloodbath. Let’s not forget: this is a Tarantino movie. Which brings us back to the question: can a katana really cut through flesh and bone?

The answer: yes, the katana can cut through flesh and bone. There have been several historical records in which the samurai performed tameshigiri — sword test-cutting — on condemned criminals.

All things considered, the katana was a formidable weapon, even in battle. However, the samurai would not use the sword unless compelled to do so and as a last resort. What this means is that the katana is surprisingly surpassed by other weapon systems, such as the bow and arrow, naginata or spear, and even by the arquebus in the 16th century.

Katana As the Ultimate Weapon

Apart from tameshigiri, the samurai also practiced aratameshi, in which the sword is battered and abused. (We can think of it as the strength test part in the Forged in Fire series, but taken to a higher level.) Often, the samurai would do this in front of European visitors in the 18th century, which seemed to amaze the tourists themselves. Somehow, this gave the westerners an understanding that the katana was a reputable blade with a sharpness and toughness that rivaled that was tougher than the European sword.

The other factor that might have influenced people into thinking the katana is an ultimate sword is pop culture. There are several TV shows and movies that show how sharp or tough the katana is. There’s The Walking Dead, Sucker Punch, 47 Ronins, to name a few. There are also a lot of references in Japanese manga and anime, as well as video games. In any case, if there’s anything about the katana that’s not far from reality, it’s that the katana is an awesome, remarkable sword, regardless of its flaws.

Contrary to popular belief, the katana isn’t a blade that can cut through anything. Though a formidable weapon in every sense, this sword is regarded more like a sidearm by the samurai than a primary weapon in feudal Japan. In other words, the last thing a samurai would use when they engage in combat is the katana.

In truth, a lot of medieval weapons experts agree that if a samurai were to encounter a 16th-century knight in full plate armor, they wouldn’t charge them with a katana. Instead, as experienced warriors, the samurai might also do what European foot soldiers did in a medieval battlefield — bring the knight on their back and stab them with a tanto in the most vulnerable parts. Besides, the katana was designed for one thing: slashing unarmored combatants.

To a katana fan, these facts may come as a surprise. To a sword collector, meanwhile, these pieces of information are vital in understanding the nature and history of a weapon that’s considered as one of the legendary and iconic throughout history.