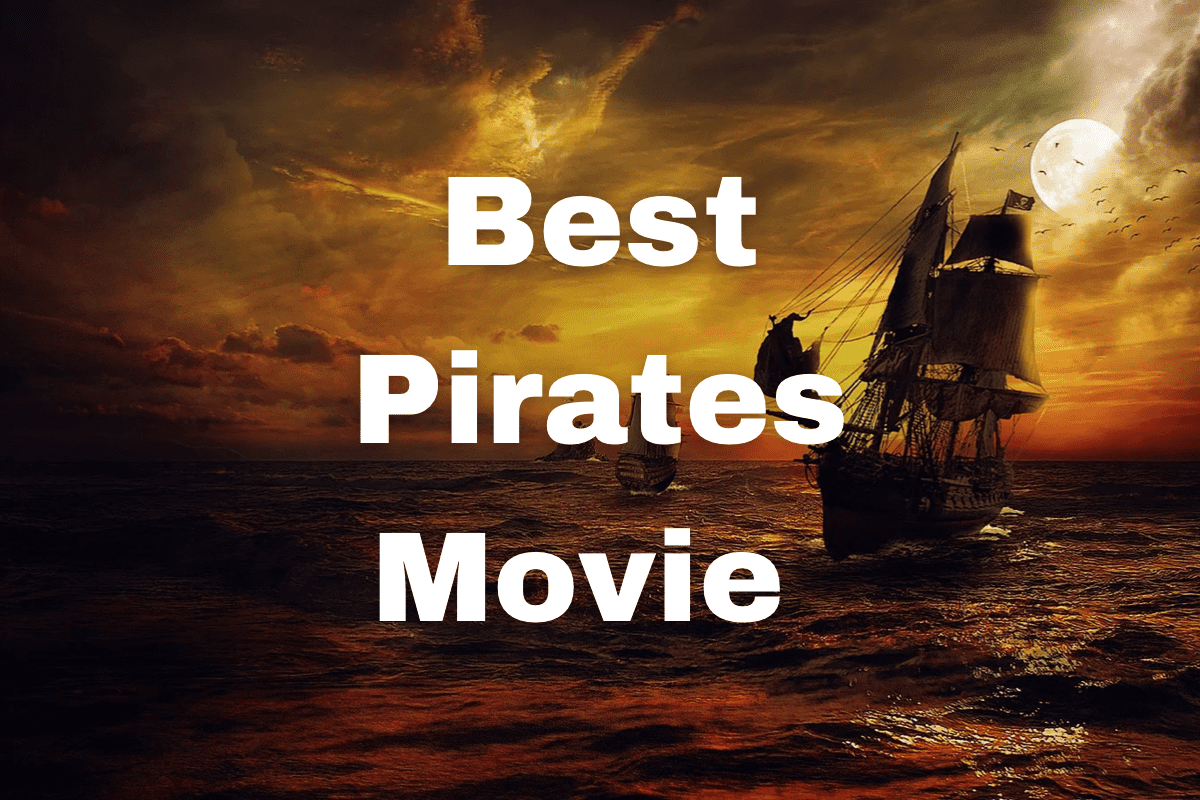 We watch movies due to a variety of reasons. Most of it is for leisure, to reduce boredom, and to enjoy like. There are diverse types of films that you may like; however, you may come across pirates movies. These movies are entertainment due to their adventurous, thrilling, fun, and exciting concepts and features.

One of the many pirate movies that are nice to watch are: Pirates of the Caribbean, The Crimson Pirate, Muppet Treasure Island, Sea Hawk, The Goonies,  A High Wind in Jamaica, Peter Pan, Buccaneer, Pirates, and The Pirates of Penzance. There are also more recommendations, including Blackbeard’s Ghost, The Black Swan, The Pirates: Band Of Misfits, Captain Phillips, Swallows And Amazons, The Princess Bride, Captain Blood, Cutthroat Island, Blackbeard, the Pirate, and Treasure Planet.

These movies mentioned are highly watched by many. If you are looking for highly recommended movies, then this one is good content. You can check more details that I have provided below.

Pirates of the Caribbean

Pirates of the Caribbean are considered one of the best pirate movies ever filmed. Pirates of the Caribbean are based on a popular attraction at Disney Parks worldwide, and it is featured in this game. It’s a great deal of fun. Along with a great swordfight, it also features a fascinating tale with a unique mythology, and the entire globe is captivated by the swashbuckling mood created by the film. Thank you to Johnny Depp for his outstanding portrayal as Jack Sparrow in the movie; Jack Sparrow has become the most well-known pirate figure in film history. However, Geoffrey Rush, who portrays Barbossa in the film, also competes for the title of the best cinematic pirate. It has been considered that this is one of the most successful franchises in the planet’s history. People are thrilled to see these personalities returning. Aside from that, Hans Zimmer’s incredible score will always serve as the theme song for anything pirate-related, even if it isn’t a film. The rest of the series, on the other hand, does not fare as well on the aggregation site, with many of the movies receiving a “rotten” rating from the audience.

Capt. Vallo and his band of Caribbean pirates seize the King’s navy vessel. They are the protagonists of “The Crimson Pirate.” A civil war is possible on the island of Cobra, where the ship is due to arrive, but Vallo and his crew don’t know for sure. Vallo has an idea for a weapon-smuggling ring on the island right off the bat. It is put to use immediately. He decides to take El Libre in exchange for a prize in the end. As a result, the story comes to an end. Once Vallo arrives at Cobra, he falls in love with El Libre’s daughter, further complicating matters. Romance, comedy, and plenty of fighting make this an excellent pirate movie. Everybody will have a great time with The Crimson Pirate.

Muppet Treasure Island is based on the famous book “The Muppets,” released in 1964. Because Kermit and Gonzo are also on the team, the role is a good fit for them. The movie’s highlight, though, is Tim Curry, who portrays Long John Silver, a pirate who appears to be having a fantastic time playing with the Muppets. One of the most entertaining aspects of this film is the soundtrack, which is both imaginative and memorable. It was sincere, had a lot of humor, and was an excellent all-around experience for everyone who participated. Even though it is evident that many pirate videos are not suitable for children and teenagers to watch, this particular video has been cleaned up and is ideal for everyone to watch.

Look no further than the 1940s The Sea Hawk for an action-packed pirate film with a plot rooted in historical facts. King Phillip II of Spain plans to invade England during the Elizabethan age to expand his power. King Henry VIII sets about building an enormous fleet of ships capable of destroying England’s armed forces, and he does it while keeping his purpose a secret from Queen Elizabeth I. He sends Don Alvarez, his ambassador, to England to deceive her, but a pirate and captain of the Albatross, Geoffrey Thorpe, capture the ship. Naturally, in this pirate movie, Thorpe falls in love with Alvarez’s niece Dona Maria. Thorpe is torn between his love for Dona Maria and his responsibilities to the queen.

All have a good time in The Goonies. It’s about a bunch of kids who find a treasure map and decide to go on a quest to find buried treasure. In a traditional treasure hunt, the scavengers encounter perilous opponents and insurmountable hurdles as they make their way to the prize.  One-Eyed Willy, a character in The Goonies, owns a pirate ship and has a treasure room on board. This 1980s family adventure was a big hit with critics, and it’s now regarded as an ’80s classic.

A High Wind in Jamaica

The movie A High Wind in Jamaica, which is based on the same name by Richard Hughes, is a pirate adventure. In the year 1870, a hurricane struck the island of Jamaica. After raising their five children in Jamaica, a British couple is concerned that their children would grow up “uncivilized” if they did not send them to school in their home country of the United Kingdom.

The story of Peter Pan is most commonly associated with the Disney animated feature film of the same name, Peter Pan. But critics praised this 2003 adaptation of the original novel as a faithful adaptation that also managed to be a fantastic fantasy adventure, making it one of the best adaptations ever made. Known as Captain Hook by the pirate community, he is on a quest to avenge Peter’s death. His portrayal is provided by Jason Isaacs, a fan of nefarious characters. Even though most people are unaware of it, this production of Peter Pan deserves more recognition.

Those who enjoy historical fiction and military pirate films will enjoy The Buccaneer very much indeed. The Buccaneer tells the narrative of Jean Lafitte, a pirate who fought in the Battle of New Orleans and takes place during the War of 1812 in the United States of America. As a massive British fleet approaches New Orleans, a small American army is left to defend the city against the invading force. Only by applying every tactical advantage he possesses can he defeat the British. It is believed that the Buccaneer Jean Lafitte is in charge of a nearby island, which could prove to be a successful way for either side. Lafitte is torn between his two allegiances, each competing for his favor. If they win, he will support them rather than the Americans to support the British.

When Captain Red, a ruthless English pirate with an impeccable reputation, and Jean-Baptiste, alias “Frog,” the young cabin-boy from his ship, are shipwrecked on an uninhabited island in the open ocean with no food or water, 1986’s Pirates comes to mind. Fortunately, the Neptune picked up a Spanish ship returning to Spain.

The Pirates Of Penzance

When it came out in 1983, “The Pirates of Penzance” was a romantic musical. This movie, based on a Broadway play, looks like it came straight from Broadway. So that you can see where the film is set and what kind of mood it has. Even though there are a lot of fun pirate moments in it, the songs are also clever and catchy, and they fit into the world of pirates very well. As a pirate adventure, it still manages to be very good at being a good musical at the same time. The action in the movie may not be as exciting as in other pirate movies, but what many critics love about this silly pirate musical is that it is also very goofy and silly.

The Pirates: Band Of Misfits