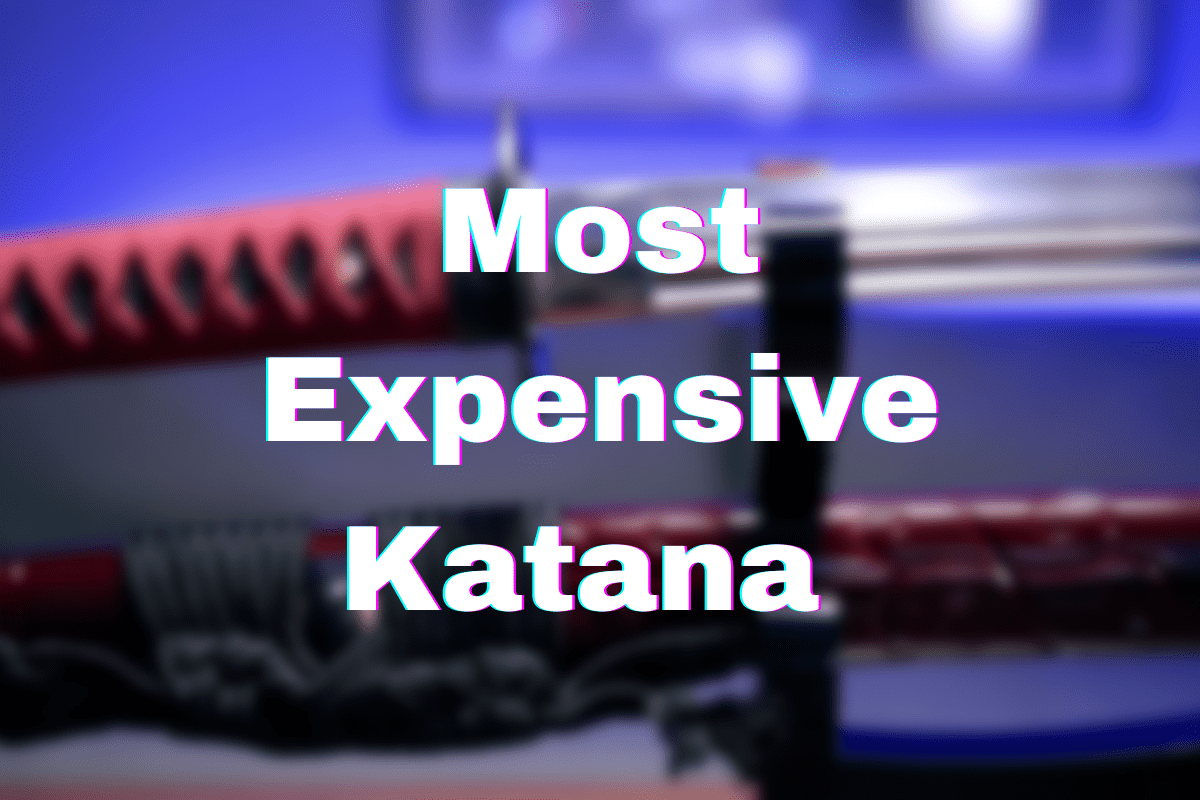 The samurai, feudal Japan’s elite warrior class, are long gone. However, their legend and legacy remains, including those historical relics that make the samurai what they were and what we know of them today. One such iconic item associated with these warriors is the sword they wielded: the famous katana.

Today, katana blades provide us a window to a colorful, bygone era that spanned centuries. That these blades have withstood the passage of time and have kept their original features intact add value to their already marvelous and spectacular appeal.

This is the primary reason why sword connoisseurs love to add these blades into their collection, particularly the ones that date several centuries back. Apart from that, these swords could fetch a hefty price tag at auction houses.

Katanas are remarkable and spectacular historical treasures, which is perhaps why sword enthusiasts love to collect them in the first place. That is, regardless of the valuation appraised to these items either by their owners or by auction houses, like Christie’s or Barneby’s. For that matter, below are some of the world’s most expensive Japanese swords the world has ever seen:

In 1992, Dr. Walter Ames Compton, an American physician and renowned sword collector, auctioned off over a thousand swords from his collection, most of which date back from the 1930s. Among the swords sold was a katana that goes all the way back to the Kamakura Era, in the 13th century.

This wondrous samurai-era weapon sold for $418,000, making it the most expensive katana in the world.

At the same time, that ancient, traditional Japanese sword was said to be the last to be auctioned off publicly. All in all, the entire collection raised a whopping $8 million on that single day.

Run by a father and son team, the Tamoikin Art Fund houses one of the most expensive Japanese swords ever recorded. This samurai blade, which is actually a tachi — a type of long sword that preceded the katana — is said to have been owned by a famous daimyo named Fukushima Masanori. This intricately and elaborately designed tachi is appraised at $110 million.

According to historical texts, Masanori was one of the warriors who fought alongside Toyotomi Hideyoshi in the Battle of Shizugatake and later in the Invasion of Korea in the early 1590s. It’s also been said that Masanori used that prized tachi in one of those battles.

Technically, the tachi is different from the katana because of its length and the way the sword is worn. A katana — or uchi-gatana, as this single-edged sword is officially known — is tucked in the samurai’s obi or belt with the edge of the blade facing up. A tachi, on the other hand, is tucked with the blade facing downwards. However, since the word katana is a generic word for ‘sword.’ Therefore, to not classify Masanori’s tachi as one of the most expensive katanas in history would be an injustice.

One of the individuals present in Dr. Compton’s 1992 auction was the former president of the Japanese Sword Company of Tokyo, Tomihiko Inami. One of the samurai blades that Inami bought at the auction was a tachi that dated way back in the Kamakura Period for $340,000. For sure, this amount is nothing compared to the other $418k Kamakura katana, which was obviously the star of that event, but where else can you get a Japanese sword valued at such a price?

Among the other blades that Inami bought were a 17th-century kozuka, which had the image of Mt. Fuji on it, another 15th-century koto longsword, and a tanto created in the 14th century. These blades cost $104,500, $132,000, and $154,000, respectively. Again, each does not stand a chance against Compton’s 400-grand Kamakura piece. Nevertheless, the price of each of Inami’s sword is far more impressive than what UFC President Dana White got in that episode on Pawn Stars combined.

Online auction houses are ideal places to find and acquire antique Japanese swords, especially for those who prefer to purchase items at the comfort of their own homes. If you are on search of online auction sites, you’re in luck because we have 11 such websites where you can acquire high-quality, authentic katanas, and they are as follows:

Among the auction websites included on this list, Sotheby’s is the most popular of the lot. Moreover, the Vatican has a lot of magnificent Japanese swords in its collection and they’re all worth checking out. While both websites have a fantastic list of shinto and gendai katanas, the rest of the auction sites also have an array of swords that are equally impressive and worth purchasing.

Why Do Katanas Cost a Lot?

Authenticity is what makes the katana expensive. Traditionally, a shinken katana — or swords that are made in Japan —  employs a series of processes, and one such process is known as folding. When folding, Japanese bladesmiths fold the tamahagane, the Japanese steel used in making katanas or knives, several times to even off and homogenize the carbon content inside the steel. Contrary to popular myth, Japanese bladesmiths do not fold the tamahagane 20,000 times or more. They only fold the steel fifteen times, resulting in a total of more than 32,000 layers in all.

Additionally, an authentic katana takes a year and a half to finish — from a tamahagane to a sharpened blade complete with that awesome signature hamon line. Plus, the fact that there are not that many bladesmiths in Japan anymore also puts a lot of weight on the price.

Antique katanas, specifically those that date back from the 1300s up to the late 1700s, are a rarity, particularly the ones produced by famous katana swordsmith, Gorō Masamune. Apart from authenticity, the blade’s overall design and the skill and intricacy the bladesmith poured on the sword are what makes samurai-era blades equally expensive.

Ancient Japanese swords can be categorized according to the date it was produced. This process can be performed by determining the nengo, or the date inscripted on the tang of the blade.

With the nengo, we can easily identify which sword era a katana blade was produced. The table below contains the different Japanese Sword Era table, as well as the years  and historical periods covered.

While Fukushima Masanori’s 16th-century tachi at the Tamoikin Art Fund surpasses the swords sold at Dr. Compton’s sword collection in terms of its appraised amount, that blade is never up for sale. For that matter, that $418,000-katana that went to a private collection in England still stands as the most expensive katana ever sold at an auction house.

These antique swords are indeed worth a lot because of the amount of work and skill that the bladesmiths pour into them. Whether they’re made by Masamune or any of the licensed bladesmiths in Japan today, one thing is for sure: katanas are worth adding to any sword collection.