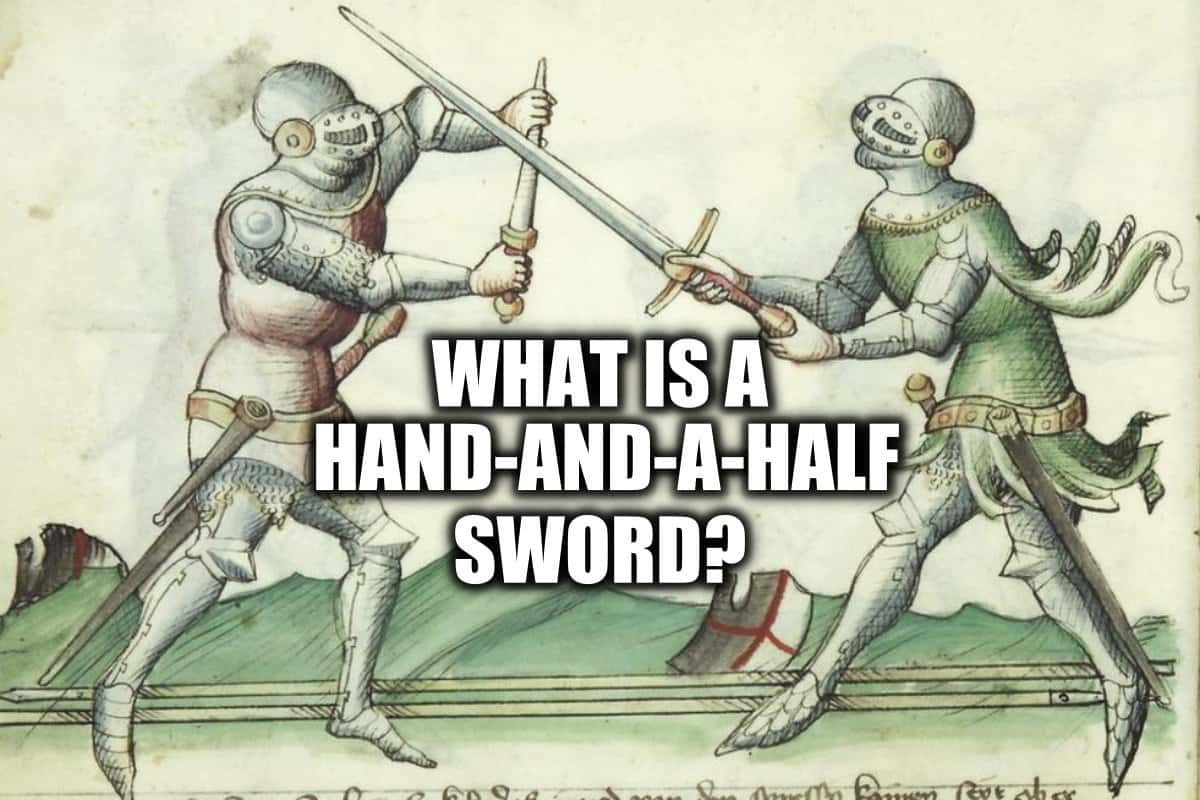 One-handed swords are shorter and weigh less than two-handed swords. This makes them ideal for blocking and countering while still allowing you to attack with a second weapon or use an off-hand weapon like a shield. Swords can be dual-wielded, but this requires expert skill and a great deal of practice.

Two-handed swords are good for when you want to deal a powerful blow. They’re long and heavy, so they work well for getting past armor. They are meant to be used with both hands, hence their larger size. This makes them more difficult to use because it takes two hands to grip the hilt. Also, your arms have to stay extended during the entire swing, making it harder to generate power. However, because they have such a large cutting surface, two-handed swords are great for people who want to do lots of slashing. They also have a fairly low center of gravity, making it easy to get the full force of your swing into a cut.

But there’s actually a third type of sword that’s not so popular in common knowledge, and it is the hand-and-a-half sword.

What Does a Hand-and-a-half Sword Mean?

A hand-and-a-half sword is a weapon either with a flat blade or with diamond or lenticular cross-section that’s between 22 to 30 inches. It’s typically used as an intermediate weapon for those learning how to use a real longsword.

A longsword is, obviously, longer than a shortsword. Its blade range from 33 to 41 inches in length. In contrast, the blade of a typical shortsword is about 12 to 20 inches. A hand-and-a-half sword, however, is just right at the middle. Most blade length on average plays within the range 22 to 30 inches.

This classification includes, though is not limited to, those weapons which could be described as a bastard sword (a longer version of a hand-and-a-half sword); or a great sword, which is a very large version of the same

A hand-and-a-half sword is ideal for parrying and blocking heavy thrusts, but it isn’t as cumbersome as a two-handed longsword.

What are the Advantages of Using a Hand-and-a-half Sword?

First of all, the extra reach. The sword was designed with one hand holding on the lower part of the hilt near the pommel, and the other hand gripping the upper part of the hilt just right below the crossguard, thus offering the wielder an extended reach over swords of the period. The same can be said for longswords. But again, the main difference is that it can be wielded either by one hand or two.

Secondly, it delivers superior cutting power. This is due to its wide blade, which was inspired by the Norman swords. The blade is a little wider than a standard sword, and about 1/3 longer. To accommodate this longer blade, the guard was made longer as well.

The quillon is slightly larger and more substantial, and the grip is a bit thicker. In addition, both the quillon and the cross are slightly curved to better protect the hand. The sword is made from high carbon steel and has a nicely polished blade.

Thirdly, a hand-and-a-half sword is about 2-3” longer than a typical single-hand sword. This means that you can get closer to your opponent for more powerful cuts. And lastly, it allows you to deliver stronger thrusts.

This is a great weapon to use in combination with another weapon or shield. The only downside is that it’s relatively longer than a short sword, which may make it harder to maneuver. Whereas a sword in his right hand and a shield in his left might work against lightly-armored opponents, it wouldn’t offer the same level of offense as a weapon in each hand.

A hand-and-a-half sword can also be used by a warrior who wants to take on archers. He would simply carry a shield in his left hand and use his right hand to wield a two-handed sword.

A warrior would probably hold his shield in front of him and use it to block arrows as they come toward him. That way, he could still use his right hand to fight without having to constantly put down his shield. This would give the warrior more versatility in combat while also protecting him somewhat from the enemy’s arrows.

Then, if he was fighting a melee or sword-wielding opponent, he might decide to use his hand-and-a-half sword with both hands for greater leverage and reach. It’s like a baseball bat, you can use it to hit a fly ball, but you can also use it to hit a home run.

What are the Disadvantages of a Hand-and-a-half Sword?

First of all, it’s bulkier than a short sword. Not as bulky as a longsword, but still significantly larger than a shortsword. The added weight makes a hand-and-a-half-sword more difficult to maneuver than a shortsword. Secondly, your reach is slightly shorter than when you’re using a longsword. This means you’ll have to be closer to your opponent for the same amount of damage. And finally, your attack speed is slower than using a short sword. This can make a huge difference once you are fully-engaged and have no choice but to deal with it.

And this is why if you want to use two-handed techniques with some extra reach that you won’t get from using a shortsword and without the overwhelming physical stress that comes along with using a longsword, you’ll need to invest in a hand-and-a-half sword. Otherwise, you’re limited to one-handed techniques.

Next, let’s take a look at how hand-and-a-half swords were used during the Middle Ages.

Hand and a Half Sword Usage During the Middle Ages

In general, hand-and-a-half swords were used in battle by knights. They were typically used against lightly-armored opponents.

The advantage of this style of fighting is that it allows for faster attacks than longswords and more powerful strikes than shortswords. However, hand-and-a-halfs are not as effective as longswords against heavily-armored opponents. Why? Because a longsword has more mass than a hand-and-a-half sword. More mass means better momentum. And momentum is the key to defeating heavily-armored opponents.

The Hand-and-a-Half Sword vs. A Two-Handed Longsword

On the other hand, the hand-and-a-half sword requires less effort from your arms and shoulders. This allows you to use more of your upper body strength to swing the blade. You will be a little bit faster in terms of execution of swings, which can be an advantage if you know how to exploit it.

Not only does the two-handed longsword deliver a devastating blow to its opponent, but it also keeps its user safer. That’s because the two-handed longsword has a longer blade. Which means you can parry and counterattack with greater ease. It is much easier to parry and counterattack with a longsword than a hand-and-a-half sword because your hands and arm are closer to the hilt. The two-handed longsword also has a larger guard, giving you more protection. This makes it harder for your opponent to get through your guard. In addition, the two-handed sword was designed specifically for combat. It didn’t evolve from a kitchen knife into a military weapon overnight. It took centuries of refinement. And the result is a blade that’s ideal for delivering powerful cuts while keeping your hands safe.